Well, I finally spent a week or so neck-stabbing my way around Paris.

It had to happen, I suppose. I mean, I’d played every other game in the series in a year-long PS3 burst, and I’d had this one lined up since I bought my PS4. It had a lot of expectation to live up to, so how did it go?

Well, that’s not entirely true. But overall it’s pretty accurate. It’s a shame, because the setting for the game – Paris during the Revolution! – is full of arcane lore and oversized personalities and historical intrigue and a load of gorgeous architecture. It’s just that the dev team didn’t seem to know what type of game they wanted to make, and so ended up with something that a lot of parts that didn’t really work together. 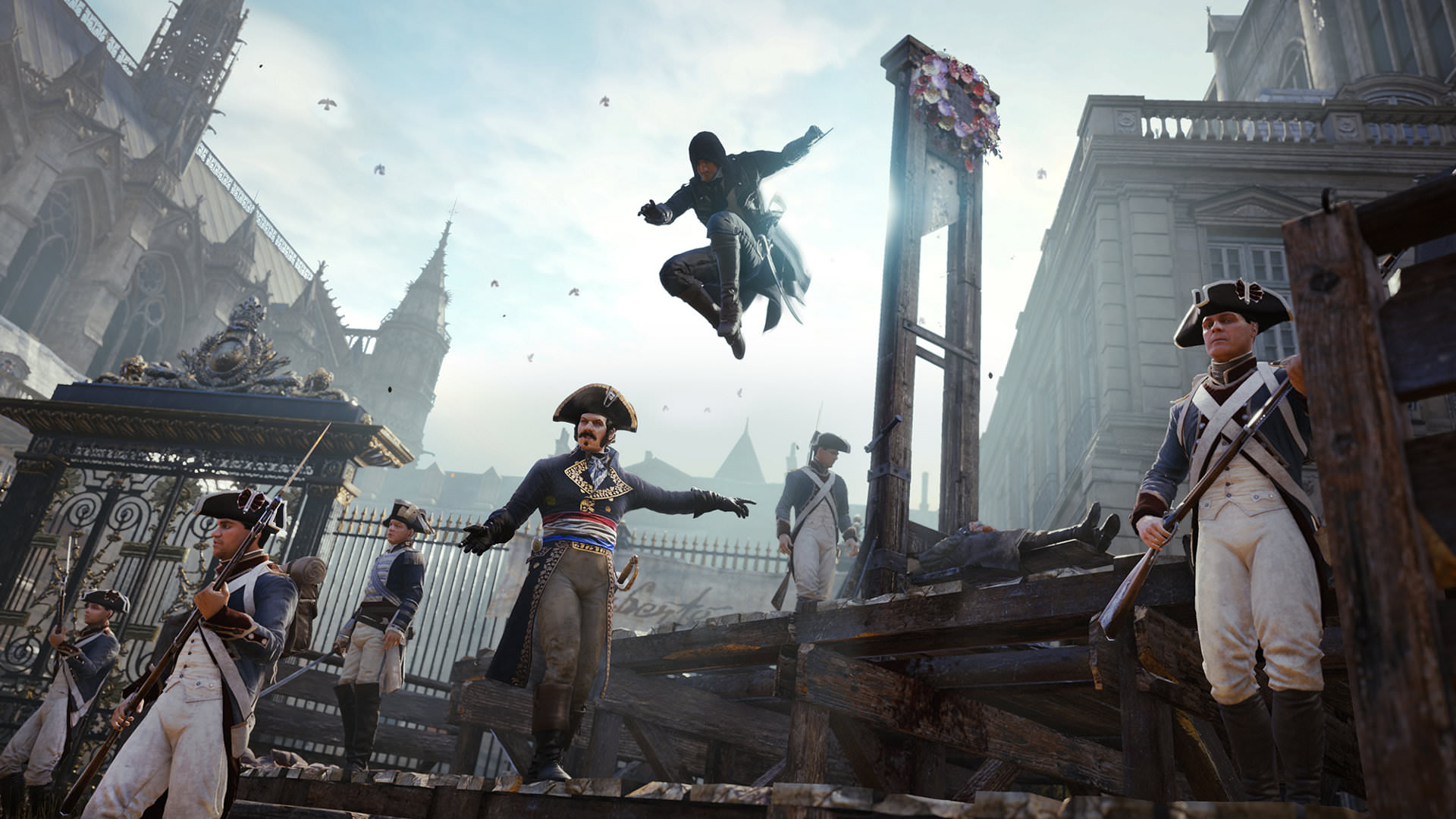 By the time I got around to playing it, none of the online stuff really worked, and none of my friends were playing, so the much-vaunted co-op missions sat idle. I played through the whole game but found other than visual polish, it didn’t have a whole lot that made me feel as excited or engrossed as other stops in the series – particularly Black Flag had.

In Unity you’re Arno Victor Dorian, who’s basically a French Ezio-alike. You become an Assassin because reasons and spend the rest of the game hobnobbing with de Sade and Napoleon and trying to stop the Templars from ruining the world again. They’ve trimmed back on the Future storyline – you’re some nameless player tapped by the Assassins through some kind of futuristic XBox Live version of the Matrix – and tried to augment what goes on with the help of rift missions, which appear to be take-it-or-leave-it point-scoring runs around other-era Parises. 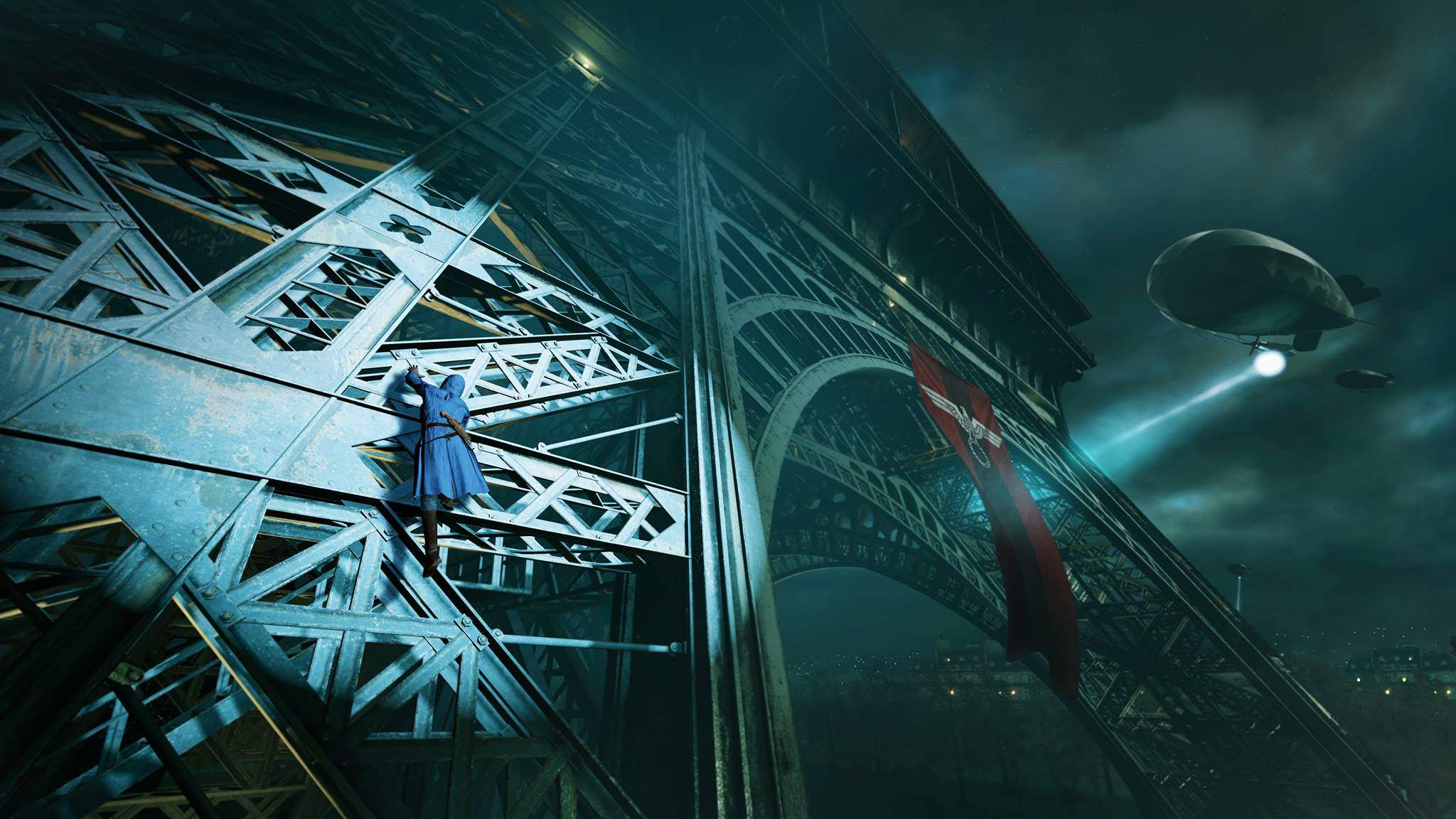 (To be honest, The Saboteur did the wartime Paris thing much, much better than this game, though I do enjoy any opportunity to tool around on the Eiffel Tower.)

I’d read a lot about the bugs the game featured at launch. I mean, every game in this series has some ridiculous issues – part of its charm is knowing that you’ll invariably die at some point because your slick parkour assassin decides to hump a chimney instead of continue freerunning across the rooftops – but it seems to be working on another level of cackhandedness in this instalment.

For a game that prides itself on the free-flowing action of the series, it felt more sluggish. It’s a shame, because I wanted to see more of the setting – Paris is exquisitely rendered here, with careful detail – but getting from A to B seemed like a real drag a lot of the time. It’s something compounded by the shift towards individual skill-trees and gear purchasing – it takes away from the sense that the main character has a history set in stone, which I always thought was, yanno, key to the series. Add to that a half-hearted detective mode and you’ve got the mix of something that promises so much and delivers so little. 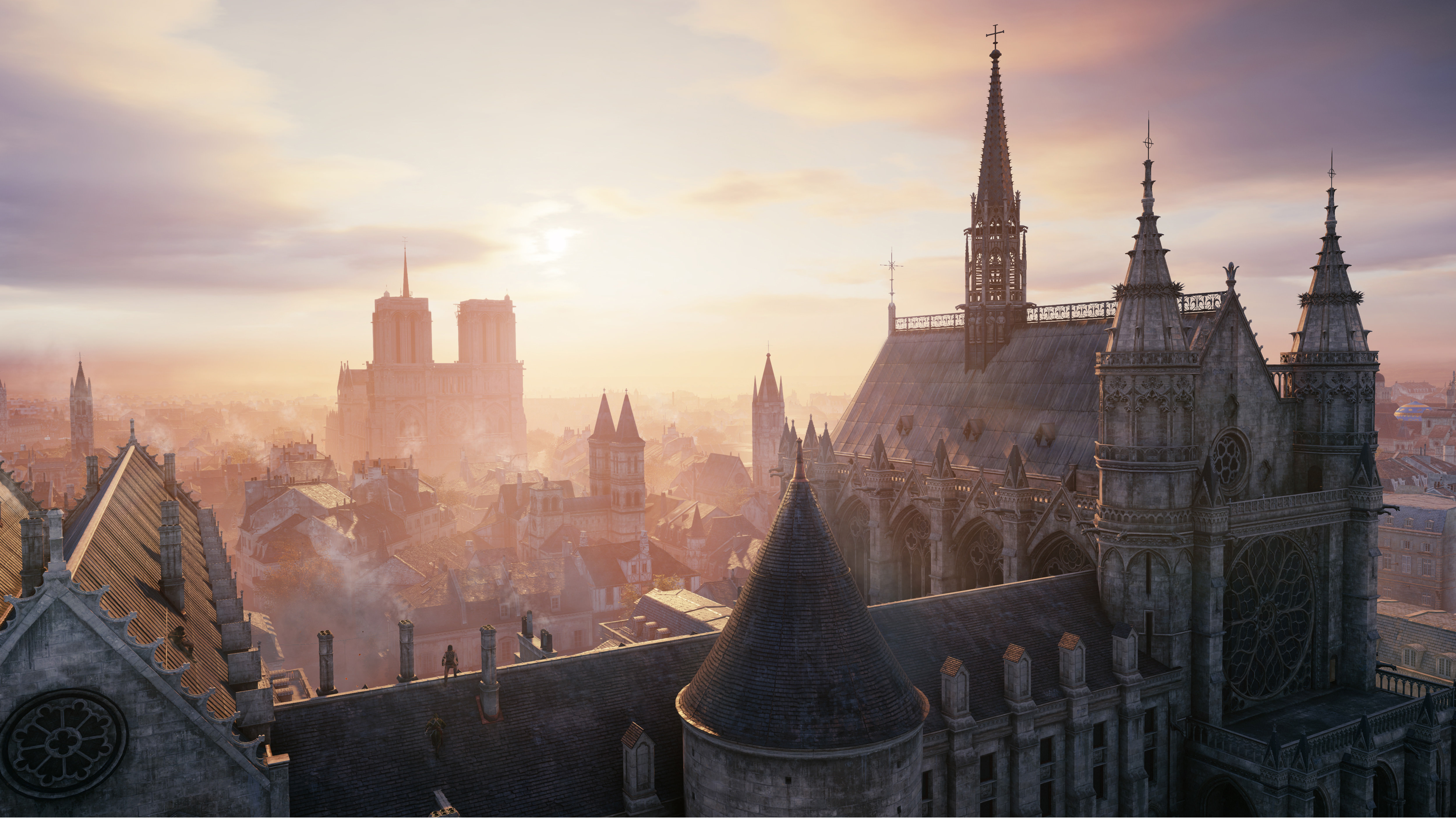 THE BELLS! And the nicely-rendered architecture. But mostly THE BELLS.

I have to admit, I was disappointed I didn’t come across any of the horrors pictured here.  But Ubisoft actually coughing up an apology for the state of the game was a pretty good indicator that shit was severely fucked up, though I wonder how much of that was partially due to their impressive foot-shooting over a lack of playable female characters.

This might be the Assassin’s Creed game that’s finally broken me of my OCD approach to grabbing all the chests and virtual reward geegaws in the series. The map was so covered in the game’s early stages – I’m someone who likes to unlock the whole map early on so I can see exactly how much there is left to do – that I felt overwhelmed by how much optional stuff there was on offer. I completed most of the optional stuff in the Dead Kings DLC – a couple of hours worth – but I didn’t feel I missed out on anything by leaving a chunk of the game undone.

This is a big thing considering how much time I normally apply to these things.

I guess my expectations for the game – this was my first current-gen console game in the series – were always going to be too great. I expect the next Creed games I have to play will be refinements of what’s on offer here, because that’s what the series does. I just wish what I’d just played had grabbed me more than it did, because I know the series has the ability to reel me in completely.