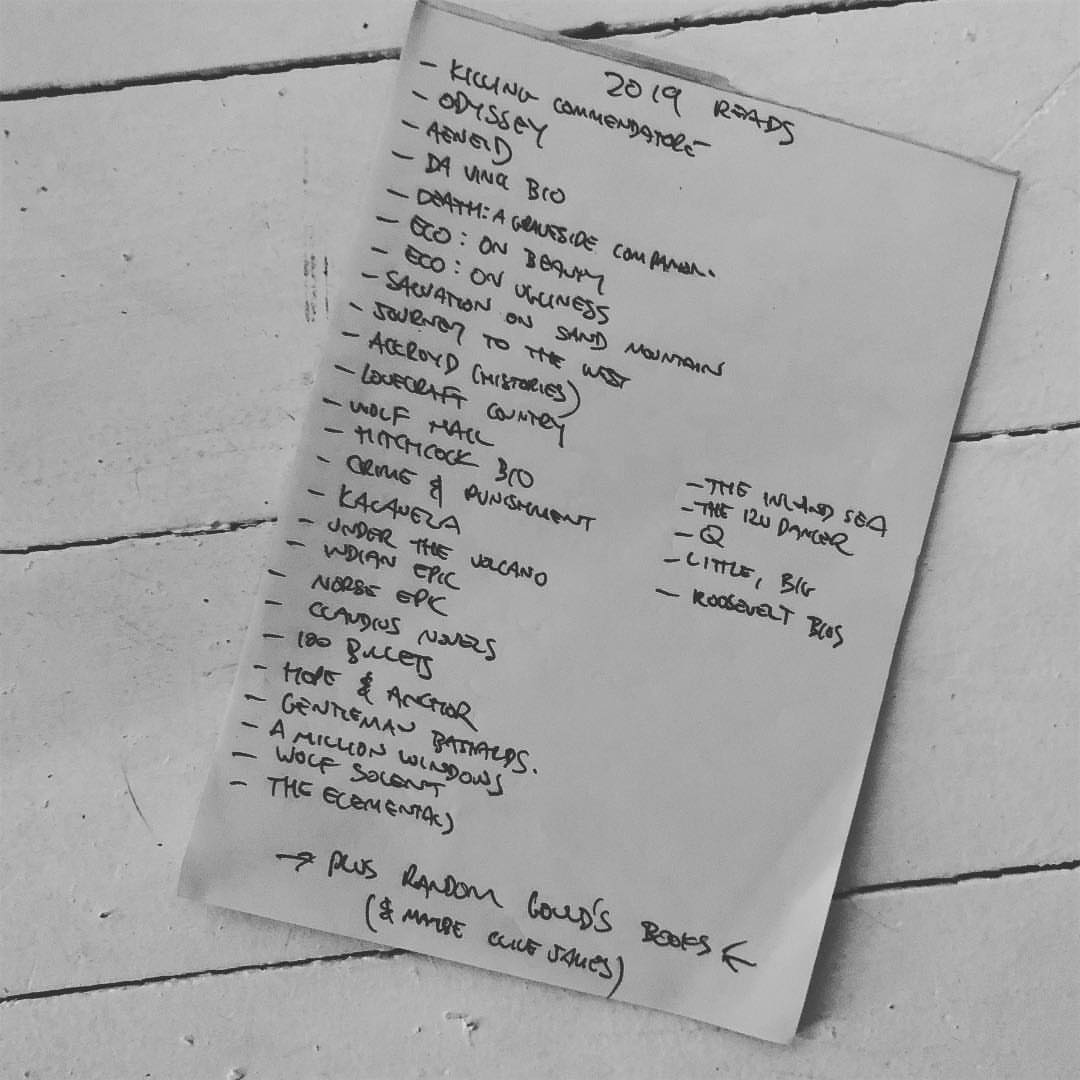 Buncha words. I still should mop the floor.

As I did last year, I’ve decided to try and remove a fair bit of the indecision that surrounds my reading. I’ve got a metric fuckton of unread books to go through, and I get paralysed with choice when I finish something. Which of the thousands – yes, literally – comes next?

So, I made a list. This one might be a bit more legible than last year’s one, but it’s probably just as unattainable, completion-wise. That doesn’t matter, though: the list provides some structure, and something that gives a good endorphin burst each time I can put a red read line through anything.

The part about random Gould’s books refers to some books I scored from the sale held when Newtown institution Gould’s finally quit their enormous space on King St. There’s some gems in there.  See? 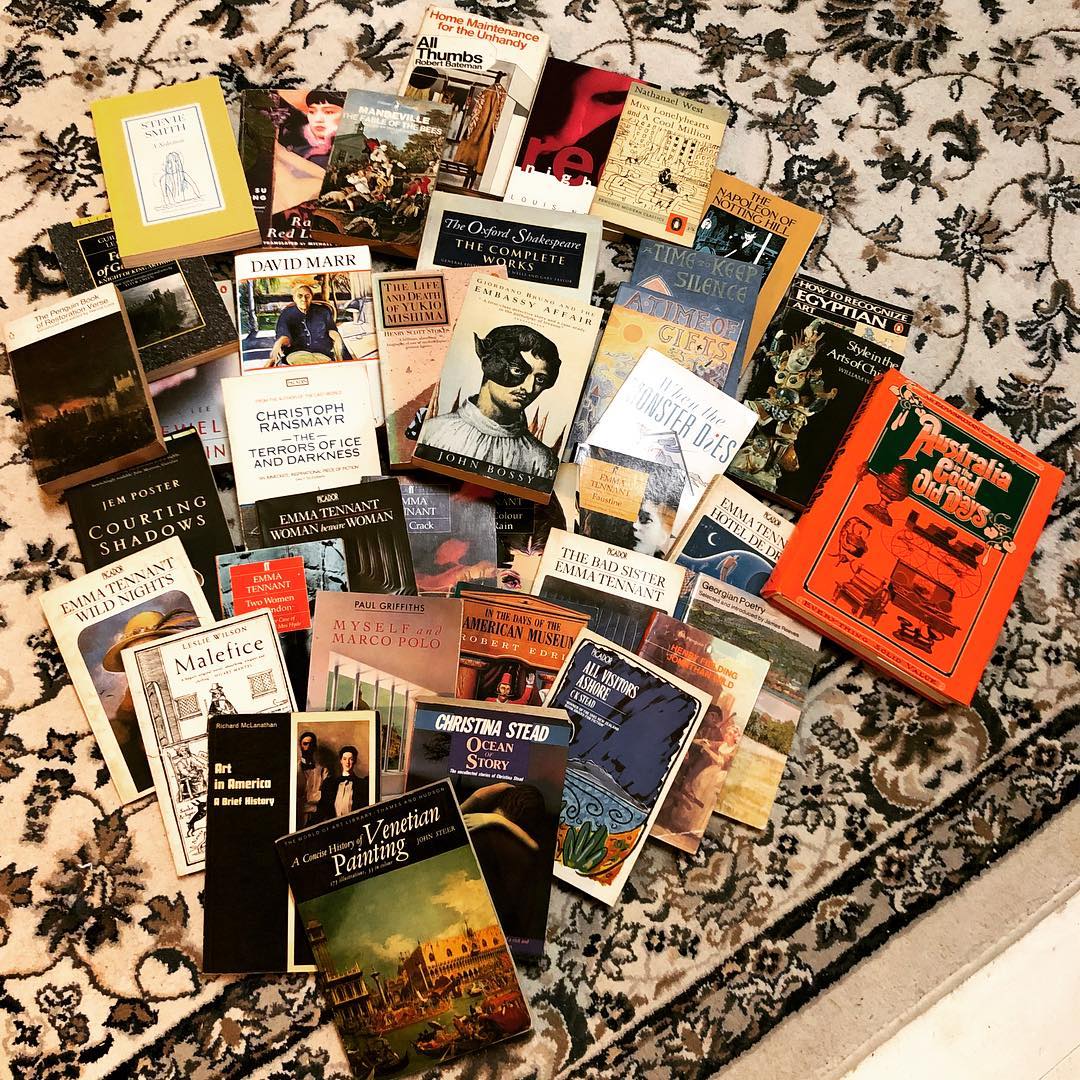 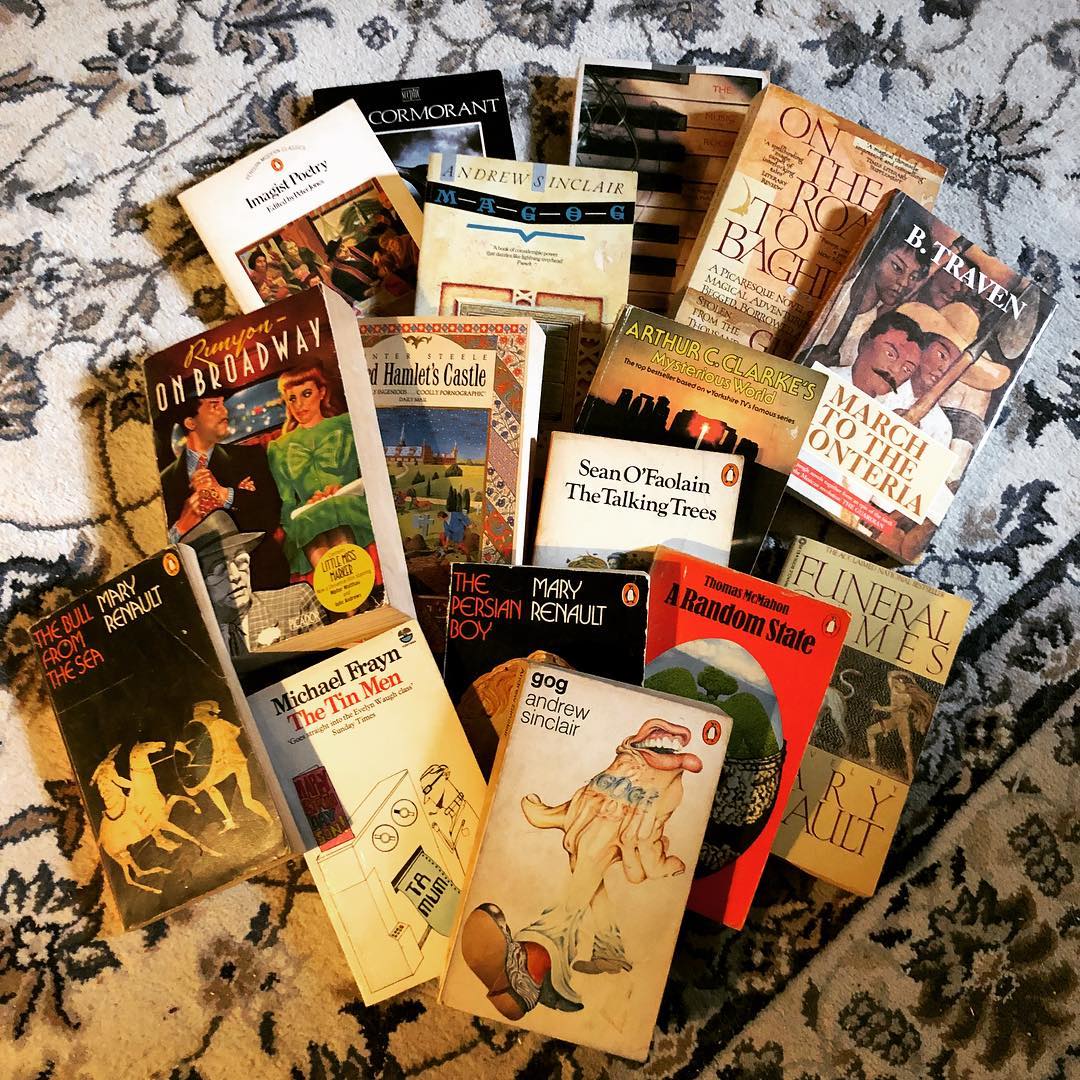 (I’ll also be including some USyd book sale finds in there, mostly musical. Because… they’re both still in bags?)

I’ll probably read some Clive James as I recently read some of his travel writing – after a long time away from his work – and enjoyed it. His turn of phrase is pretty remarkable, and he was really a part of my childhood, curiously, so I want to read a little more, at least while he’s still with us.

I’m still not finished Copendium (as expected) but I did knock over The Penguin Book of Oral Poetry last year, so my bathroom reading pile has halved.

So let’s see how all that goes. Somewhere in the middle of the year – with luck – there’ll also be the tiny matter of relocating everything to our new house a couple of hours outside Sydney. I’m hoping that even in those frankly terrifying times, there’ll be plenty of typeset friends to see me through. Because I have to say, in the face of downsizing and shifting house, and the current vogue for freeing yourself from superfluous, non-joymaking possessions, this column covers how I feel about the forests on my shelves.

Success is, eventually, actually reading your unread books, or at least holding on to them long enough that they have the chance to satisfy, dissatisfy or dement you. Unread books are imagined reading futures, not an indication of failure.

My future’s pretty bright, I guess.