Oishinbo a la carte, Volume 2: Sake by Tetsuya Kariya and Akira Hanasaki.
My rating: 4 of 5 stars.

The second volume of selection from the manga series featuring battling gourmands steps it up a notch. Sure, the first one talked about Japanese food and what it means to consider Japanese cuisine, but this one not only has a more consistent storyline, but it’s also about something a lot of people would think is more important: booze.

Sake, to be specific.

Of course, it’s not all kanpai and jollity and hangovers. Nope, it wouldn’t be Oishinbo without a tranche of self-loathing and operatic glaring. Oh, and some history lessons. Because that’s what you’ve signed on for, right? 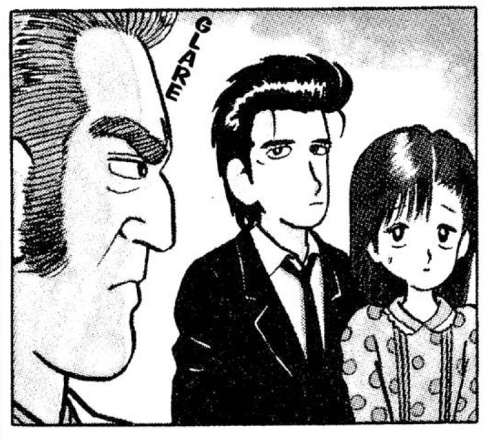 As with the first volume, this book collects a couple of different pieces from across the manga’s run, yoking them together under the banner of sake. But unlike the first, a large portion of the book focuses on one story, involving the vicissitudes of a small sake brewery, and the good feelings of a banker. 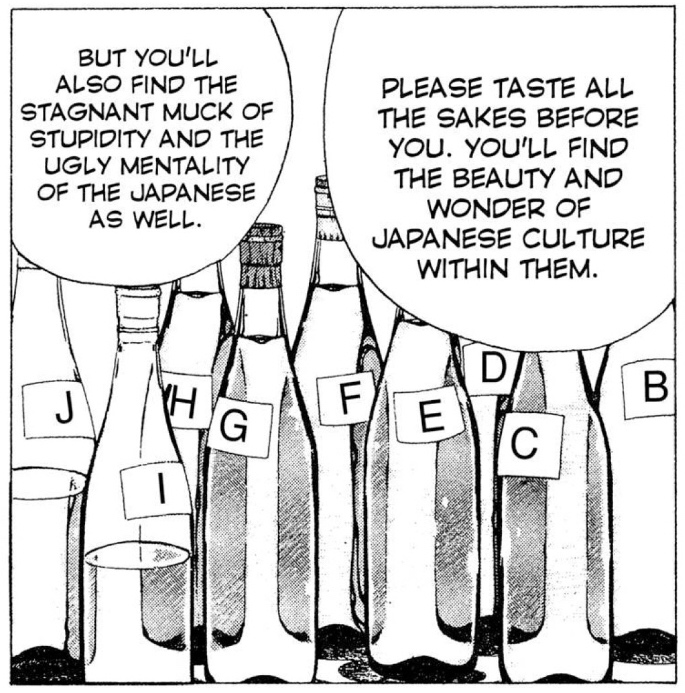 This is refreshing: rather than a degustation, we’re offered a solid main. The amount of glaring between father and son continues, but it’s on the back-burner. This book, rather, seems to use national identity and the worth of same as its focus. There’s a lot of discussion about sophistication, local products and how the interaction of both feeds into both world standing and cultural output. There’s a snook cocked at both wine and sake throughout, and while there’s a scientific basis for both, it’s impossible to read the alcoholic dick-measuring as something other than an examination of nationalism and its value.

(It’s difficult, though, to pick a clear winner. Sake is sometimes construed as simple and duplicitous – but it’s better with seafood than wine, so can’t be written off. Perhaps this failure to provide sake a definitive role – sophisticated or past it or both – is the effect of gathering stories from a couple of sources. Regardless, you’ll learn a lot about the manufacture of the drink, so you are the winner, really.)

My sideburns, however, are impeccable.

Most of what I wrote in my review of the first volume applies here: the illustrations go from the simplistic to the super-detailed. There’s explanatory notes – copious – at the end of the book to explain quirks of translation. And the explanation of particular culinary (well, alcoholic) byways and practices manages to supply the reader with a lot of information without it feeling too much like an infodump. 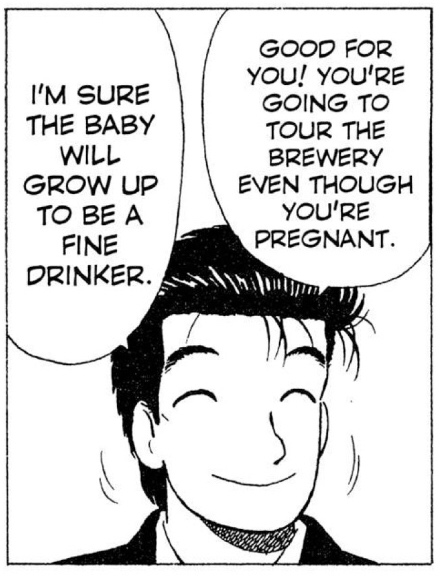 This guy later has kids. Yup.

I need a snack after all this drinking, however. I wonder what’s next on the menu.