While Kingdom Come: Deliverance was downloading 27-odd gigs of first-day patch, I was stuck for something to play. So I figured I might get into the backlog and blow through the somewhat short Hellblade: Senua’s Sacrifice, a game I’d heard good things about, largely for its approach to mental health.

(That sounds like a ball-tearer of a reason to play something, right? Right.)

The player character, Senua, is a Pict, en route to Helheim in order to rescue the soul of her dead lover. She’s accompanied by a head full of voices – all representative of psychosis – as she travels through the rune-studded landscape. A landscape that changes when you’re not expecting it, because Senua’s condition means that her senses are unreliable narrators: eyes watch from trees, hallucinatory runes beckon, and dead mothers dispense maternal advice from water features. It’s creepy and unworldly: kind of like a Tolkien world with the niceness stripped away: it’s stark, things are often burned and maimed, and revenants stalk the land. Or do they? There’s a fuckton of buggered longboats around, though. 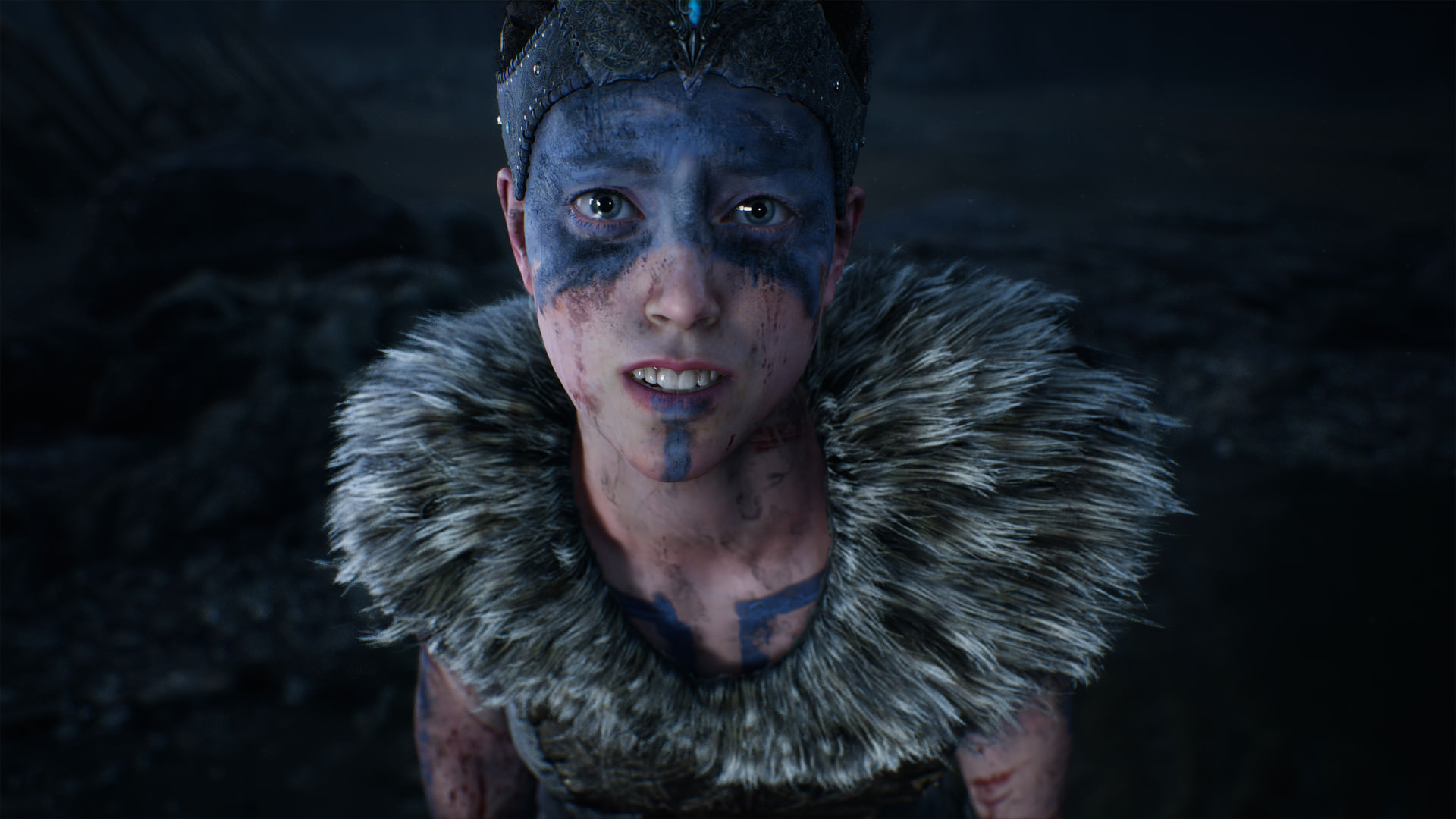 Senua: on the woad again.

It’s not a surprise that the game looks great, and has some interesting mechanics: developers Ninja Theory have a pretty impressive back-catalogue of games worth playing, including Heavenly Sword, Enslaved: Odyssey to the West and the rebootacular DmC: Devil May Cry. The attention to detail is good, and the Unreal 4 engine looks gorgeous. There’s some issues with clipping and the camera breaking through scenery, but I didn’t notice a lot of slowdown even when I expected it’d be present. The sound design, too, is great – this is a game that is vastly improved by using headphones, to the extent that I don’t know how you’d successfully complete it without them.

Hellblade: Senua’s Sacrifice is not a long game – I think I played through in about eight hours? – but it is an interesting experience. Mechanically, it’s a mish-mash: it’s mostly a walking simulator with elements of combat and puzzle-solving. A lot of the puzzles rely on “seeing things differently”, with the aid of Senua’s ‘focus’ ability, and though it’s never completely unsolvable, it can be irritating as fuck to align properly – something shared by the landscape puzzles in The Witness, but still: annoying.

More annoying is the game’s threatened permadeath. Early on, we’re told that with each defeat, a black stain on Senua’s arm will grow. If it reaches your head, you’ll die. 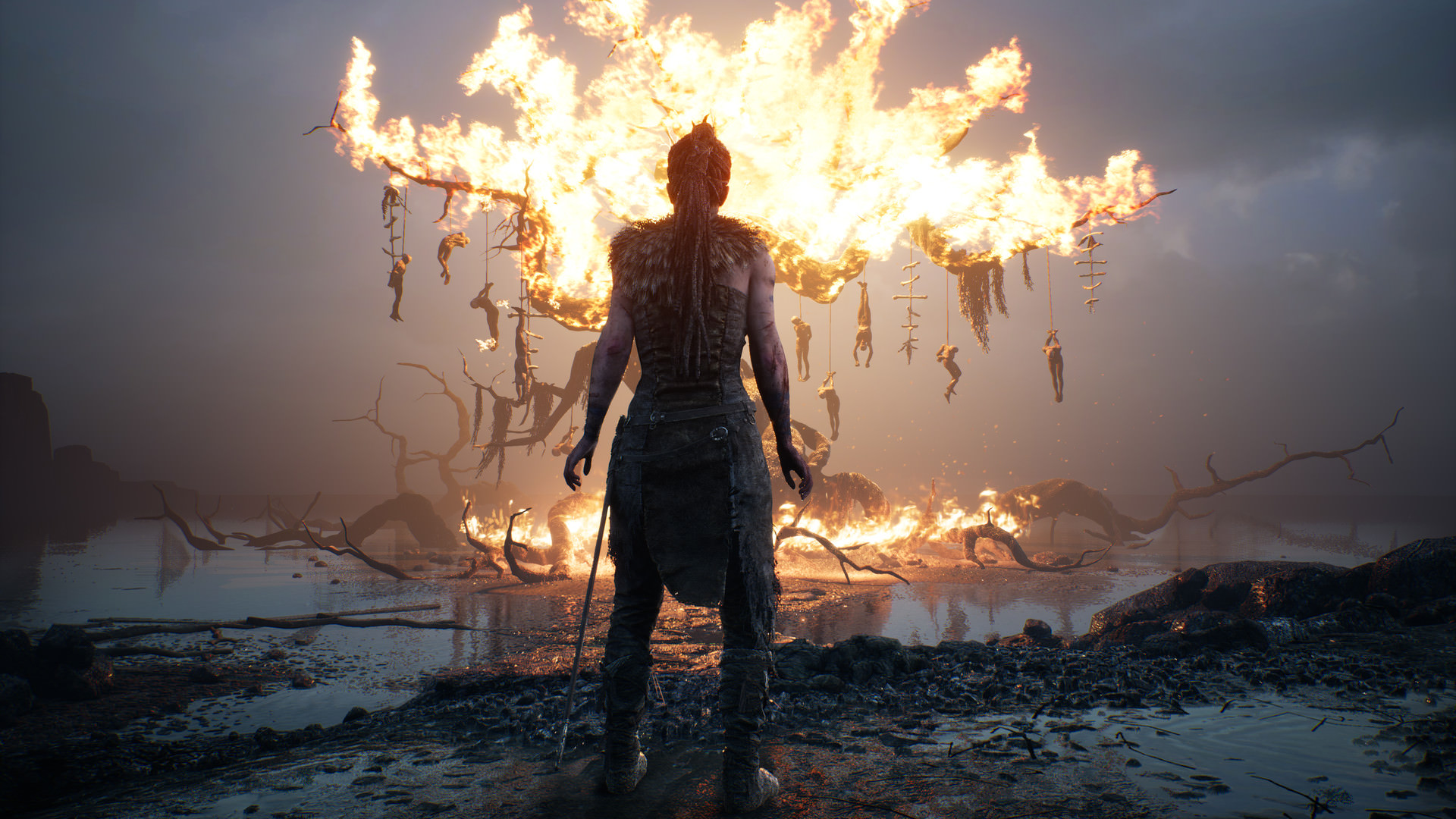 Senua’s grasp on gardening was shaky at best.

Fair enough. I mean, we all like Dark Souls, right?

Well, no. It’s bullshit. I found this out because there’s some sections of the game that’ll see you fail due to clipping, or inefficient pathing. So I’d die again and again, and not actually increase my black arm gunkiness. I get why such a mechanic might be employed – it makes you feel the stakes are high! – except when it’s fake-employed, it just feels like a lazy decision. Betrayer had death-based losses, including an option for permanent loss of gear) which could be added or removed to one’s playthrough, and it seemed right. Here, it just seems disingenuous, and a bit on the nose in a game where the dodginess of appearance is paramount – especially as we learn about the permadeath from in-game text, not from a worried stream of Senua-speech. It’s the Word of God telling us something that’s wrong, and rather than transgression, it seems like a cheap shot.

That comes to the second thing. The use of psychosis as a gaming driver. I don’t think it’s a bad thing for games to consider atypical mental states, but it does seem weird to pick and choose parts of them to hit narrative beats. Hellblade: Senua’s Sacrifice comes across as a bit pick-and-choosy in this regard. True, it could be due to some of the cap-A ACTING of Melina Juergens in the title role. But my concerns are better described in this article, written about what the game gets wrong about mental health. There’s sections that invalidate the experience of people living with the disease, or appear to. I’ve never suffered from psychosis, but in some sections of my playthrough I felt the tone slip from understanding to patronising and back again. This could be the difficulty of the subject, but still, it left me feeling concerned, and a bit ick. 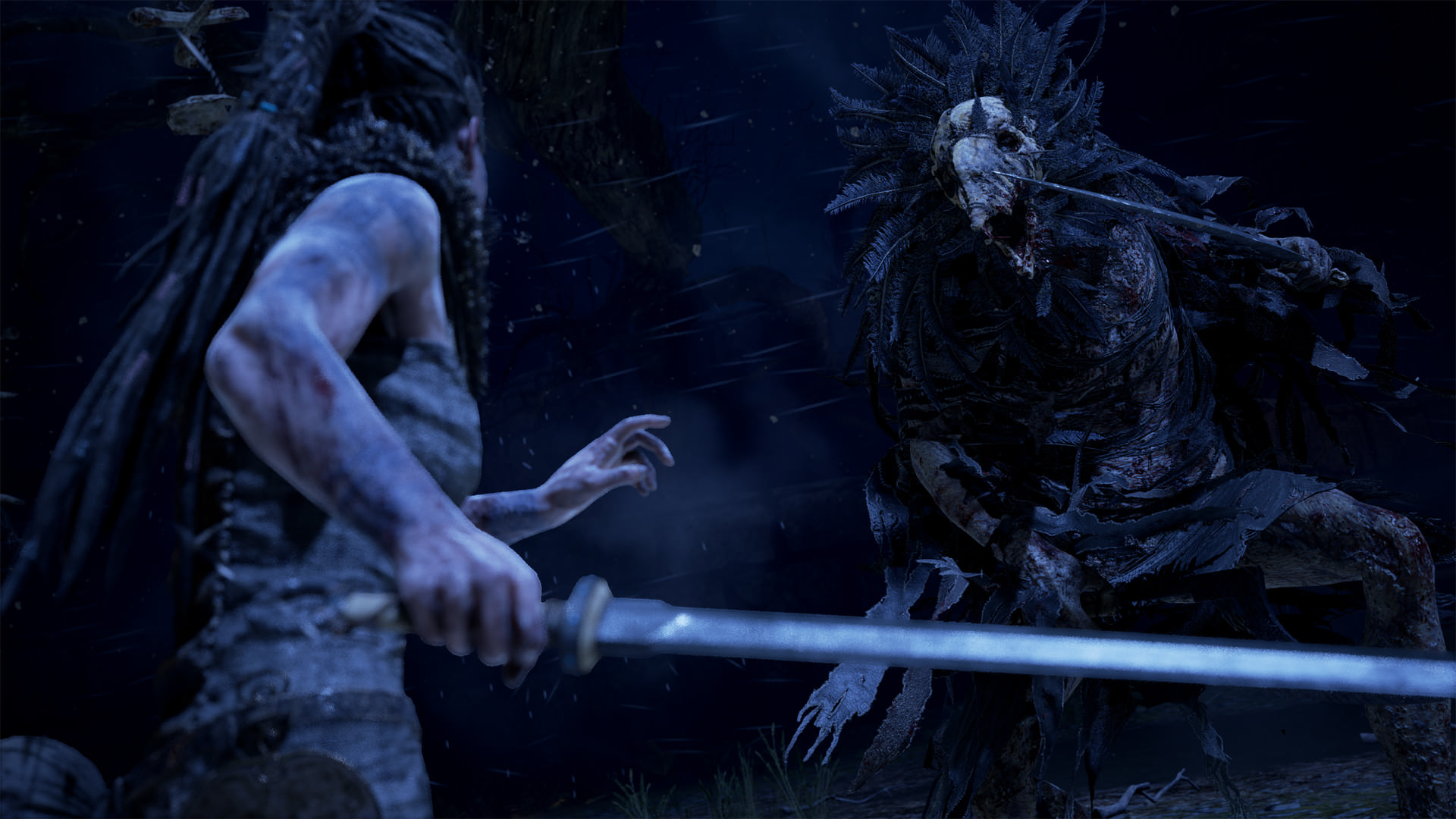 This Dark Crystal reboot is fucked.

To their credit, the devs have created a website that allows people to seek help if they’re suffering from or are interested in the mental health issues raised through the game. I hope that it’s a portal to understanding for some – and a provider of help to others.

I am glad that Hellblade: Senua’s Sacrifice exists. It was a bit of a gamble: a game with relatively decent production values and an unconventional narrative style, released at a pretty low price-point. It’s not perfect – hell, in some places, it’s probably not even good – but it indicates that there are developers and publishers out there (aside from Quantic Dream, that is) who are interested in releasing passion projects to major platforms in a way that doesn’t involve Kickstarter. But I am most interested in seeing what comes next.