By ‘something’ I mean a tune.

A group I’m part of on Facebook wanted to make an album of vaguely game-related songs. The idea was you had to write it in a week or so. Obviously I’m not very organised. So, this is a track I came up with in an afternoon.

Most of that afternoon was spent dicking around with Logic Pro X in an attempt to figure out how to make it actually record things. So it’s not a particularly brilliantly inventive tune, but it’s vaguely spaghetti western in feel, largely because I was playing a fair bit of Red Dead Redemption (of which, more later) at the time.

But at least now I know I can record my abilities, so that’s something, eh?

It’s a nice reminder: two guitarists busily strumming away is a jam; a hundred playing for dear life is a fucking movement.

That quote is something I came across a couple of days ago. It’s Tristan Bath writing in The Quietus about A Secret Rose, a piece by Paris-based composer Rhys Chatham. The whole review is worth reading because it bears some resemblance to a piece I took part in, A Crimson Grail. 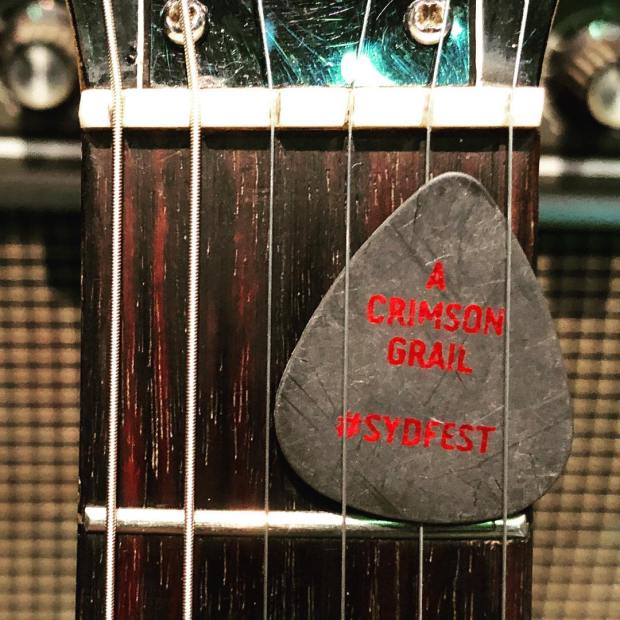 As Malcolm Young would have said, hit the bugger!

The piece, performed as part of this year’s Sydney Festival, is pretty enormous. An antiphonal piece, it generates a huge sound – though not as loud as you’d assume – with elements passing around the audience, who sit in the middle of the performance space. Players can’t really get a sense of how the whole works – not the way the audience can – because they’re so close to their particular section. But for those in the middle, it’s epic, to say the least. END_OF_DOCUMENT_TOKEN_TO_BE_REPLACED

After forty years of life dedicated to AC/DC, guitarist and founding member Malcolm Young is taking a break from the band due to ill health. Malcolm would like to thank the group’s diehard legions of fans worldwide for their never-ending love and support.

In light of this news, AC/DC asks that Malcolm and his family’s privacy be respected during this time. The band will continue to make music.

Well, perhaps not over. They’re not saying that. Malcolm could well recover and come back to the stage, chunking out those riffs pretty much everyone knows so well. After all, it is his band, no matter how much adulation the frontmen (and I’m a Bon guy all the way, thanks) or the hyperactive brother may receive. It’s Malcolm’s outfit, and he’s the power behind the juggernaut. But without him – well, it wouldn’t really be the same, would it? In the same way Mick Jagger admits that without Charlie Watts, there are no Stones, without Malcolm there really isn’t an AC/DC.  END_OF_DOCUMENT_TOKEN_TO_BE_REPLACED