Are you a film nerd?

You probably are if you’re interested in reading this book. I mean, you’d probably have to be a film nerd to be interested in the very specific period of filmmaking (and styles of film) that are this title’s focus.

There’s one thing I can guarantee, however: you are not and will never be as big a film nerd as Quentin Tarantino. (Or as big a dick as he is, some might add. Some)

Thankfully, the Tarantino on display between the covers of Cinema Speculation is the amiable nerd who wants to share his passion rather than a ponytail-free Comic Book Guy. In fact, the copy within might prove to be some of the best QT PR in quite some time.

END_OF_DOCUMENT_TOKEN_TO_BE_REPLACED

It’s been a long time between drinks, but I’ve written another review for the fine folks at Cyclic Defrost.

The album is out through No Rent Records and very much worth your time.

My review can be found here.

This is an older review, rescued from the internet ether. I wrote it for a site I was involved with at the time, and I’m prompted to put it online as I’ve just listened to the band’s album and it still holds up OK if you’re keen on the whole garage-rock kinda thing. Excuse the writing: a lot has changed in 12 years – including lead singer Abbe May, who’s now out of the garage and into the spotlight.

After two well-received EPs, Perth quintet The Fuzz has upped the volume (and the dirt level) with their debut album, 100 Demons. What results is an album that’s got the sound of hunger nailed. With young bands, this keenness, this eagerness to rock isn’t unusual, but what marks this bunch of noiseniks out is the strength of vocalist Abbe May’s cords. They’re phenomenal, and bring to mind some kind of scientific experiment wherein Bon Scott and Adalita from Magic Dirt are somehow combined to create the Ultimate Rock Throat.

This review is an example of my older writing. Eventually, I hope to have all my reviews archived here. The writing style is a little different, but then I suppose we’ve all changed in the past decade. (Yes, that means I’m cringing at that use of ‘incendiary’ too.)

Gigs where there’s some difference between bands are always good, and this evening’s show at The Back Room Club was no exception. The difference in this case was that the headliner, PJ Harvey, is the queen of come-close-but-stay-at-arms-length songwriting, at once embracing and spurning, while her support, The Tremors prefer to stay up close and personal; preferably trying to get a hand down your duds in the process. END_OF_DOCUMENT_TOKEN_TO_BE_REPLACED

Basho still has lots to write about. 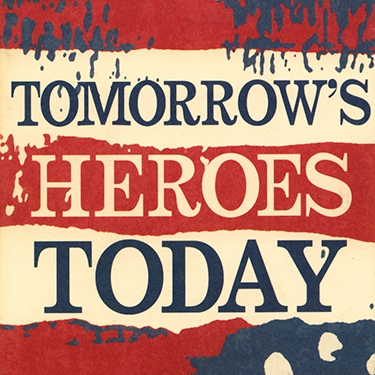 First things first. …And This Is Our Music is an album created by people who’ll probably want to kick in the heads of reviewers everywhere. Scope out the liner-notes and you’ll see that self-serving critics make a list of people officially put on notice that they’re “Officially uninvited to our party!!!” – replete with three exclamation marks.

That’s not very hippie, is it? In fact, it probably qualifies as a freak-out, baby. But that’s fine, because the music recorded here overtakes any attitude-based party exclusions that The Brian Jonestown Massacre (Anton Newcombe, boss man and chief sonic wrangler) could hurl. (Of course, the fact that elsewhere in the same notes – couched in a track-by-track commentary, revealing musical inspirations, drug information and touching rave-ups of guest vocalists – lies a thoroughly shameless attempt to pick up BJM-fancying ladies weighs a little in their favour, too.) END_OF_DOCUMENT_TOKEN_TO_BE_REPLACED

There’s now more than 150 haiku-styled reviews at 575 Reviews. So you know, go read them.

(Yes, I know that technically they’re not proper haiku.)

There’s two things to note about this return, too. Firstly, it’s a concept album. Secondly, it’s a product that makes the waiting worthwhile. END_OF_DOCUMENT_TOKEN_TO_BE_REPLACED

I’m walking into a small, backstreet hotel bar in Sydney on a Friday afternoon. Office-workers are beginning to fill the streets. A mirror-ball hangs from the roof of the front bar, while the best in Rat Pack tunes float through the cigarette smoke. It seems a fitting place to speak to singer and actor Peter Fenton, about his debut solo disc In The Lovers Arms (Inertia), given that it takes place in a mythical hotel – and given the fact that he’s previously starred in a TV series set in such a locale (the ABC’s Love Is A Four Letter Word.). There’s something slightly seedy – yet charming – about the setting that just seems right.

Fenton is sitting at a table in the back as I arrive. Over drinks, we begin to discuss his career, weighted towards his latest release. The first question is simple: though he’s been playing occasional gigs for years since the demise of Crow, how come it’s taken until now for him to release something under his own moniker? What’s he been up to? END_OF_DOCUMENT_TOKEN_TO_BE_REPLACED

My review of the Ryuichi Sakamoto, Alva Noto and Bryce Dessner soundtrack for The Revenant has been posted over at Cyclic Defrost. Here’s a sample.

For the most part, there’s a kind of ascetic, restrained feeling, a mirror to the film’s harsh, cold setting. There’s hints of single-fiddle folk-tunes, dragged out to contemplative, almost-stopped lengths, but there’s more fulsome moments, too. The ‘Killing Hawk’ cue mines the emotive vein popularised by Arvo Part – indeed, some of the string prods are reminiscent of that composer’s Te Deum, isolated moments of touched-nerve consideration, heard through reverberation.

You can read the rest here, if you’d like.