I guess if one was looking for a literary bummer with which to pass the time, Klotsvog would fit the bill. It’s a story, written by a Ukraine-born Muscovite, about an indefatigably solipsistic woman who sheds partners and children like Kleenex.

“You, Mayechka, are made from a different dough. Like matzo. Unleavened and hard.”

There’s more to it than that – her awfulness, her awareness of social standing and her denial of her Jewish roots are clear commentaries on Stalinist purges and on the difficulty of life both during and after the second world war. But foremost is the portrait of Maya Abramovna Klotsvog: a woman who believes she is smarter and better than everyone else, but who also, apparently, doesn’t give a fuck who she irritates in the pursuit of her desires.

(Seriously, kids? Fuck ’em off. Husbands? Ditto. Jobs? Well, who needs them? After all, when you’re this demanding, you’ll forever find someone who’ll carry out your plans.)

What Khemlin presents is a nuanced description of life in the 1950s and following decades, with all the digression and niggling you might find in an elderly relative’s reminiscences. It’s delightfully bitchy and exhaustingly grim, but the compulsion is to push on through the familial expansions and contractions. 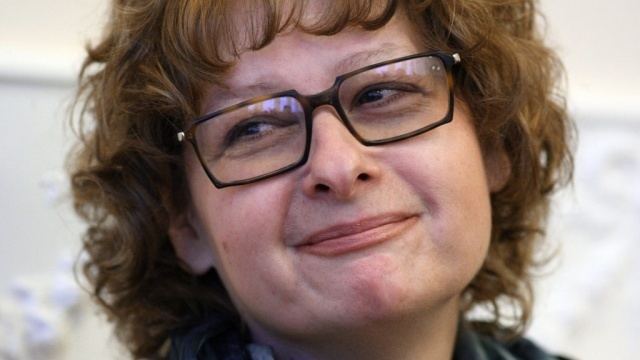 Don’t be looking for chapters, though, as this novel eschews them. It’s written as an oral transcription, a typeset form of skaz, which allows the narrative to illustrate the character without direct description. We’re not provided with any portrait of the narrator beyond what she mentions herself; and her descriptions are obviously as untrustworthy and changeable as her intentions. The spoken word is important, and the short bursts of narrative – there’s never hugely extended passages, only snippets, as befits moment-to-moment recall – renders the narrator in a form of chiaroscuro.

She lies. She plots. She makes abominable choices. But everything is reasoned, everything is planned out. Maya’s life has been one of planning and playing the angles, and we’re shown behind the mirror, though often less glamorously than she would intend. Indeed, the repeated phrases Maya uses  – ‘But that’s not my point’ the most obvious – hint at a portrait the author would not like us to see. They reveal how her life is constructed through skirting the truth; how one’s self-censorship, one’s rewriting of history is an act of self-preservation that’s so hardwired, in certain circumstances, that it’s impossible to ignore.

Klotsvog is a remarkable novel to read, but a difficult one to like. This is beyond the grimness that comes with the territory: though the sardonic overtones of much of the area’s literature – at least, the comprehension of text as such by non-Russian readers – is here, as it is in other texts I’ve read, there’s something more. Something more flighty and at once more calculating. Life is, as expected, an enormous bummer, but I’m hard pressed to think of a character that’s more geared towards her own destruction, her own prevention of happiness than the titular Maya. It’s breathtakingly dark, and unremittingly fatalistic.

The strange thing about this book is the fact that I have to give it such a good review when it’s so incredibly unlikable. Maya is a horrible, horrible person, who seems to have reached no redemption at all by the end of the tale – only delusion. But the writing kept drawing me on throughout.

This is not at all a book I would normally have considered reading, given my lack of familiarity with Khemlin’s work, but I’m very glad I did. And while the read was distinctly uncomfortable, that is undoubtedly its point. If you can take being discomfited for a couple of hours, you’ll experience a finely-drawn portait of a horrible person – and through that, an intriguing picture of horrible times.

It’s very much recommended if you, like me, are the sort of person who voluntarily submits to Michael Haneke films.

This ebook was supplied by Netgalley in return for an honest review. It’s due to be released in August 2019.