Death: A Graveside Companion edited by Joanna Ebenstein.
My rating: 4 of 5 stars.

You know, there’s nothing like a graphic investigation into the imagery of death to provide a kind of mortal “oh, is that the time?” feeling in the reader. This is, undoubtedly, the role of the Ebenstein-edited tome on funerary fetishism and the culture of the crypt: to examine how humanity has dealt with its ceaseless tramp towards death through creativity. It’s certainly the way I felt while flicking through its Grim Reaper-filled pages: tempus fugit. Death is coming, but hell, people have made some strange stuff to herald its coming. (Little trees of hair, anyone?) 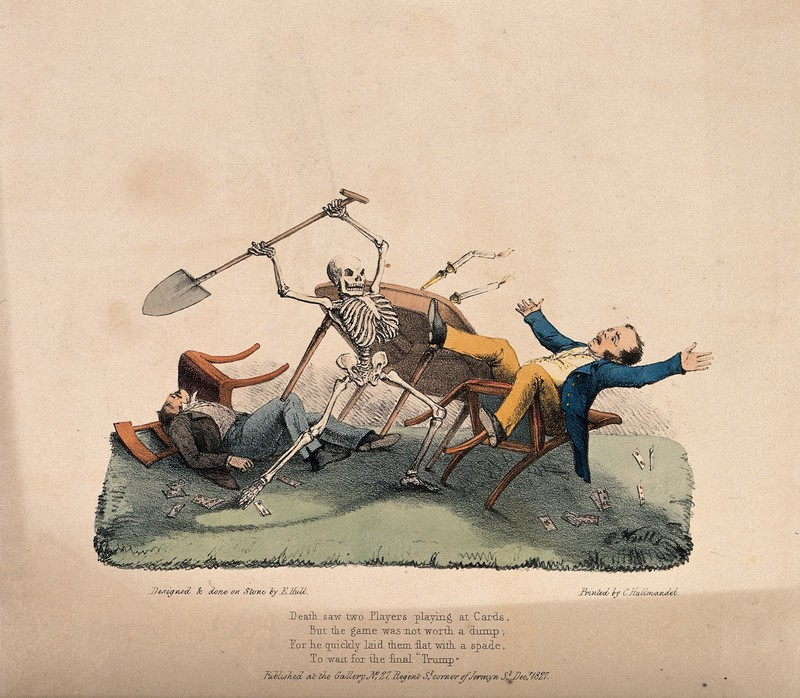 Aside from this, the book reiterated that skulls are cool.

Ebenstein’s book contains a bunch of essays about different types of death representation throughout the world, broadly broken up into themes: memorialisation, amusement, symbolism, personification and so on. There’s a lot of food for thought in there, but it’s more superficial than deep: each essay (there’s two or three for each of the seven chapters, not counting Will Self’s introduction) is only a couple of pages long. I certainly have my interest piqued, though I feel that I’m kind of left to my own devices to find out where to go from here.

That’s understandable though, perhaps, given that the real draw of this book is its copious illustration. There’s more than 1000 images inside, from ex libris plates to statuary, from bagpipe-playing deaths to properly grim reapers. And yep, you’ll find something in here that you haven’t seen before that’ll prompt a little bit of contemplation of the way your sands are inevitably running out.

The bulk of the images here come from the Richard Harris Art Collection. (No, not the ‘MacArthur Park’ Richard Harris. The other one.) And they’re clear and offer a survey of death that’s pretty broad. Ancient history and modern gewgaws feature with a similar level of importance, offering plenty of fuel for consideration. 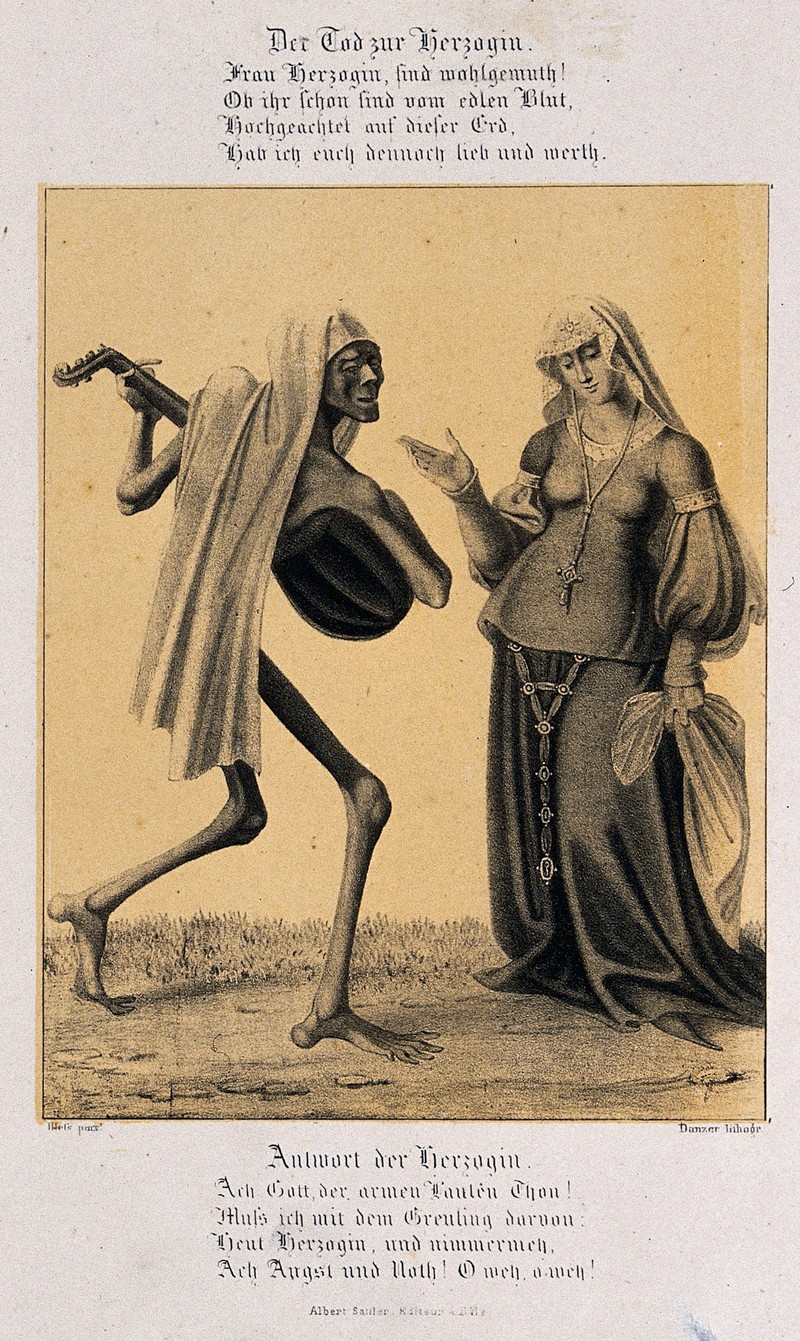 I didn’t say it was the worst version of ‘Wonderwall’ I’d heard. I just said I’d heard better.

The layout choices of the book are, generally, impeccable. The colour reproductions are excellent, and the creators have elected to portray double-page spreads with gutters rather than bleed images across the centre, which means that though you’re left with white-line interruptions, you never lose any detail of the imagery in the stitching or folds. It’s thoughtful. The quality of photographs never falls below excellent, either. And hell, the book smells great, too. Thames and Hudson have created a very covetable artefact here.

The one thing that’s a pain in the arse is the way text is presented in the book. Between each generous collection of images is a series of rougher-stock essays on various topics. The essays, while not especially rigorous, are entertaining enough, and convey a fair whack of information on topics ranging from reliquaries to theatre to memento mori. But they’re printed in bronze type on dark paper, which is up there with yellow-on-red for difficulty to read. I needed very direct light on the book to get through these sections, and I’m not exactly a mole in the ocular department. I get it, presenting the information this way is indeed goth as fuck but it’s irritating to the reader. I struggled through the essays but the difficulty made me feel as if the book wanted to be more of a picture-book than anything else, and that this presentation conveys the feeling that the text is secondary to the images, and could perhaps be brushed over. 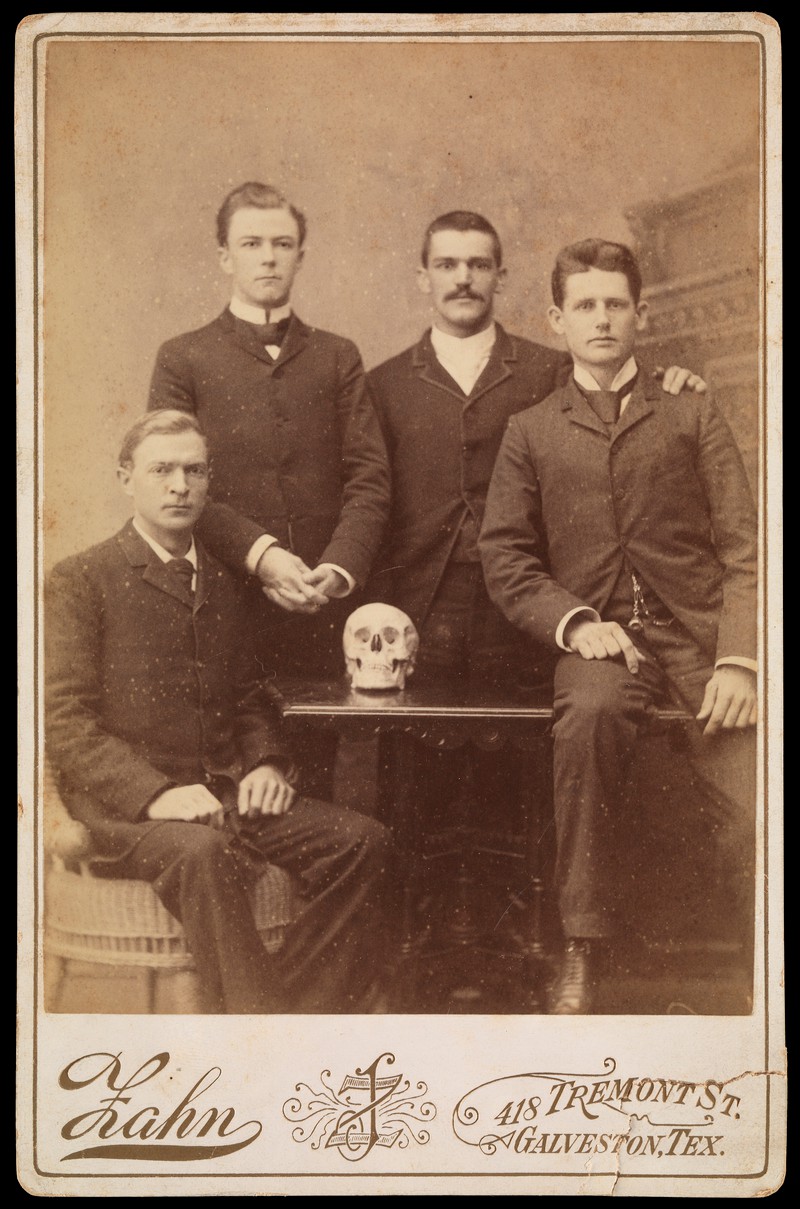 This is definitely a coffee-table book rather than an academic tome. You won’t learn as much about a particularly concentrated area of death as you will by reading Jessica Mitford’s An American Way of Death. But you will spend a very pleasant/unsettling couple of hours contemplating death in a way you most likely do not usually: that’s a worthwhile accomplishment in itself.