Lovecraft Country by Matt Ruff.
My rating: 4 of 5 stars.

You know how sometimes you can leave a book on the to-read pile for a little too long?

How the excitement you had about reading the thing – the “Ooh! Can’t wait to get to that one!” anticipation – somehow becomes bigger than you’d intended, thus creating an expectation that the book can’t possibly surpass?

That’s me with Lovecraft Country.

I’d heard about the book through friends, and as a bit of an HP Lovecraft fan, I wanted to give it a good shake. But I think I left it out in the wind for too long, so when I finally came to read it, I wasn’t blown away.

Don’t get me wrong: it’s a good book. But it’s not a great one, and even though the sources it’s mining – Jim Crow and the stuffily racism sewn into the Lovecraftian universe – are important and worth examining, I was left feeling underwhelmed at the end, despite Ruff’s good grasp of horror. 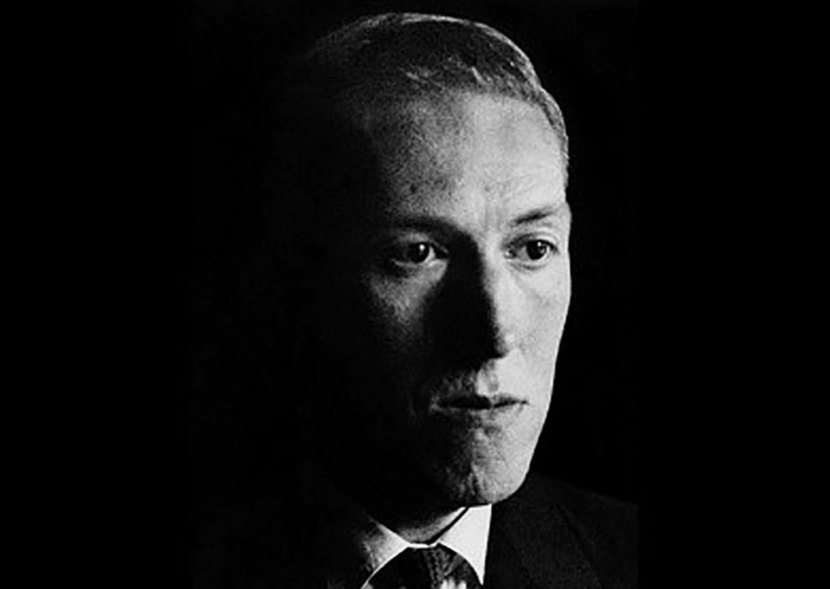 This guy also hates jazz and NYC. I know, right?

I’m pretty sure that some people are going to carp about the idea of H.P. Lovecraft being considered racist but fuck it, he was. Yes, people will claim that he was A Man Of His Time, as indeed he was, but that doesn’t mean that we of the here-and-now must genuflect in front of the guy.

(Check out Michel Houellebecq’s H.P. Lovecraft: Against The World, Against Life for a cheery read about just how grim the Old Gent of Providence was. If you’re a fan and you haven’t done so, you owe it to yourself.)

Ruff’s work certainly doesn’t hero worship the lanky jerk too much. After all, it is set in an extension of his world, even as he appears as himself, an author providing disappointing messages of hatred to black readers of his fiction.

The book is broken up into a number of smaller episodes, which feed into an overall narrative. Individually, I enjoyed these, and they pushed weird horror onto a 1950s stage where the monsters of segregation, of Jim Crow, Klan-hooded fuckwittery, shadowed the players, every bit as gruesome as any shambling beast from beyond the stars you might encounter.

(The cleverest part of this book – and something I didn’t really cotton on to until I was considering it later – is that Ruff has managed to take HPL’s inherent misanthropy and make it a character trait rather than a whole-earth descriptor. The black characters in the book are all as misanthropic as Lovecraft – but it’s because life has taught them to distrust others. Why else would The Safe Negro Travel Guide exist? It’s a nice spin on the WASPy fuck hating people without a whole lot of experience – characters whose wariness is rooted in the horrors of US history.)

Lovecraft Country is set in a version HPL’s world, but it’s a bit broader than that, too. Sure, there’s covered bridges and sleepy towns, but zoomed out it’s obvious the whole work is a love letter to pulp fiction (specifically weird, horror and SF stories) that shows the author knows his shit. There’s possession and cults and magic and invisible weapons. There’s charms and monsters and murder, and transformation and intergalactic travel. And as a series of vignettes, of examples of style and delightful thrills, the work is good.

It’s just that for me, it doesn’t hang together so well. The ending seems rushed, predictable. Yes, the different chapters meet up, more or less, but they don’t seem to do so willingly. It felt like bridging those miniature narratives was hard work – something that shouldn’t be felt considering the lurid inspiration they’ve come from.

Being underwhelmed at the end of a tale in Lovecraftian mode is probably unsurprising. If anything, it’s to be expected: HPL’s source material often disappoints, because the sensitive strings of story require gentle tweaking – but their puppeteer is more interested in OH GOD NAMELESS HORROR UNIMAGINABLE! The worlds created in Cthulhu-adjacent spaces – Ruff’s included – are almost destined to fail because simple narrative pales against the broader world in which they’re presented – endless gulfs, reservoirs of power usually unknowable to humanity.

In this, Ruff’s no different. I liked Lovecraft Country, and I enjoyed my time there – though that is perhaps not the right term to use given the shitty treatment its characters received because of their skin – but it failed to hang together well enough to really make the impact it could have.

Don’t worry, though. I feel the same way about the first season of True Detective.