100 Bullets: The Deluxe Edition Book II by Brian Azzarello and Eduardo Risso.
My rating: 5 of 5 stars.

It’s time for ghetto arsekickers, Italian-descent mobsters, the neon of gambling, the prick of the needle and the luck of the draw. It’s time for losers who think they’re winners, and winners who’ve got fuck-all. And it’s time for a briefcase of untraceable bullets.

Guess it’s time for another load of 100 Bullets then.

This is the second deluxe collection of the pulp noir rampage, and it’s just as stupidly fun as the first. Some characters – Graves, Dizzy, Shepherd – turn up again, but there’s some intriguing additions to the dramatis personae.

There’s a junkie bouncer who’s all meat and horrible smiles. 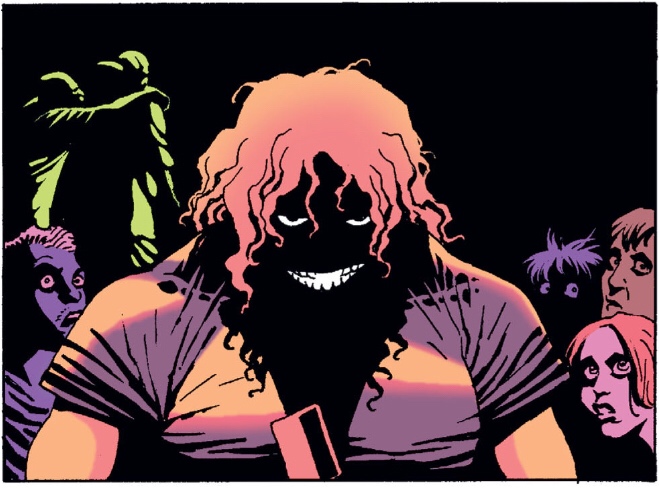 Sorry toots, I only turn on the power, not the charm.

There’s losers like Hank Kowalski, who lose all their money at Atlantic City casinos.

Yeah, of course you’ve got a system. Can’t fail, right?

And there’s someone who we’re meant to believe is Joe DiMaggio. Because fuck it, why wouldn’t he want to know the truth behind the Kennedy assassination?

Jesus loves you more then you will know. Woah-woah-woah.

Theres a lot going on. Murders. Beatings. Gambles. Petty crime. People trafficking. Fucking. And it’s all done with the sure, grim attention to detail that made Azzarello and Risso’s work so ridiculously addictive in the first place. When bones crack, you feel it. It’s electric and kind of over the top but it’s perfect for the material: gonzo pulp noir he-man conspiratorial possibly-bullshit revenge tragedy. 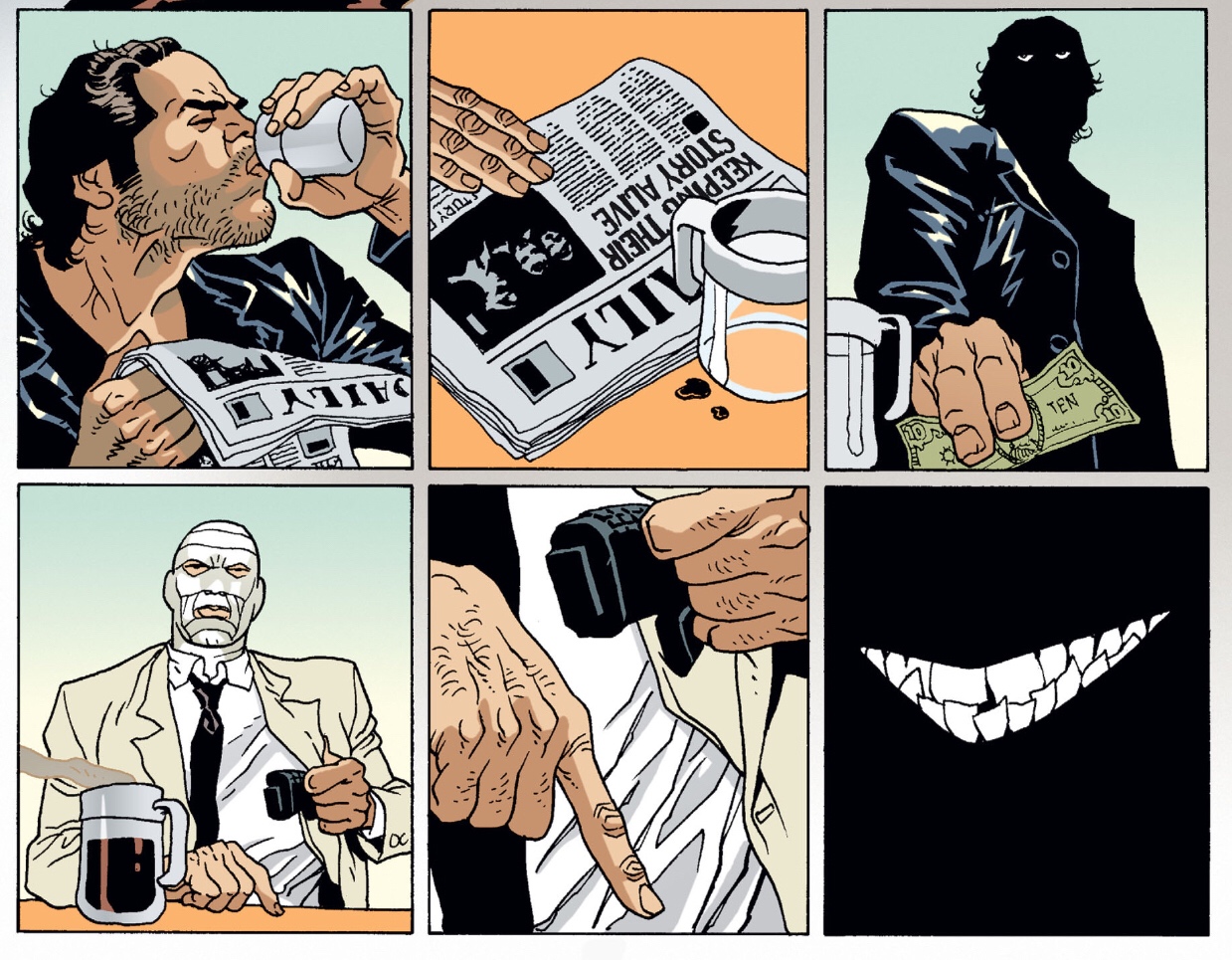 I’ve seen complaints that the stories in here don’t seem to interlock that well. That may be the case, but I tend to take the long view: this collection covers issues 20-36 out of the 100-long run. So it’s only about a third of the way through. Film noir flicks don’t give you a twist or a grim ending until the end, so, knowing that there’s a limited number of issues with in the series, I find it pretty easy to let things shake out as they will.

Sure, there’s a lot to be confused by here. Different strands of story appear and then blend into others like milk into coffee. But there’s also a lot of clarity to be found: Graves and the Minutemen are explained a little here, as is their relation to the power structure of the underworld. We learn something of why Graves (and the titular bullets) are above the law, and it throws his offer into sharp relief: can it be right if the revenge is justified but the tool was created by evil? Can his distribution of tools be righteous enough to surpass its genesis? And anyway, is he playing the long game, or what? 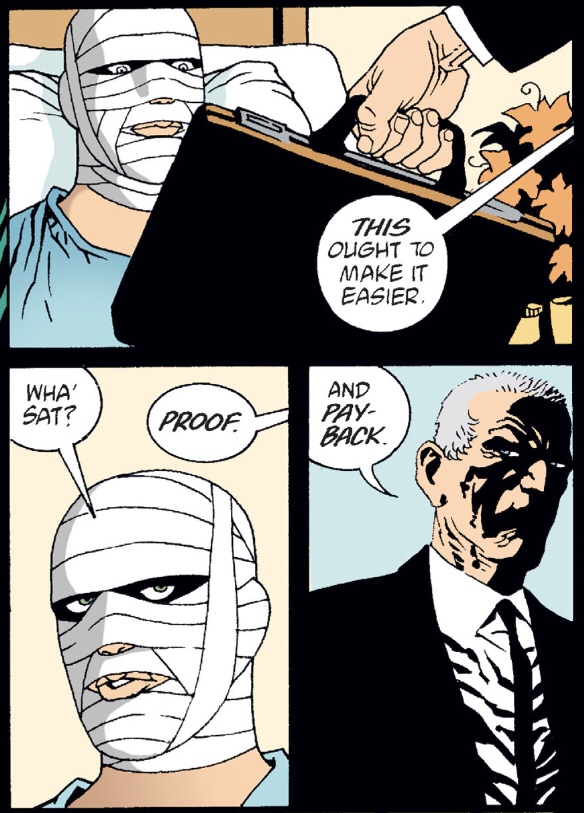 And maybe a face. I mean, you never know, right?

But that’s part of it: trying to second-guess what the fuck is going on. I hope the tension lasts.