A quick whip through two games, because the heat’s left me unable to write anything of length. First up, Until Dawn, which is best described as a Telltale horror flick.

I’d had this one on the to-do list for a while, and I’m glad to have had a chance to get through it. It’s a game that unashamedly mines teenage slasher flicks for material, and manages to create something providing a sense of choice even though it’s pretty much run on rails.

The basis is pretty simple: as the game starts, we see Something Pretty Fucked happen at a rich kids’ gathering at a ski lodge in Canada. Two sisters. Death. That kind of thing. Jump to a year later, and the gang’s all here once more. (Well, apart from the dead sisters, I guess. Maybe.) And so, we jump around from character to character to tell the story of their night on the mountain. They’re there to put the horrible events of the preceding year to rest, but by the end of the game it’ll mostly be them put to rest. 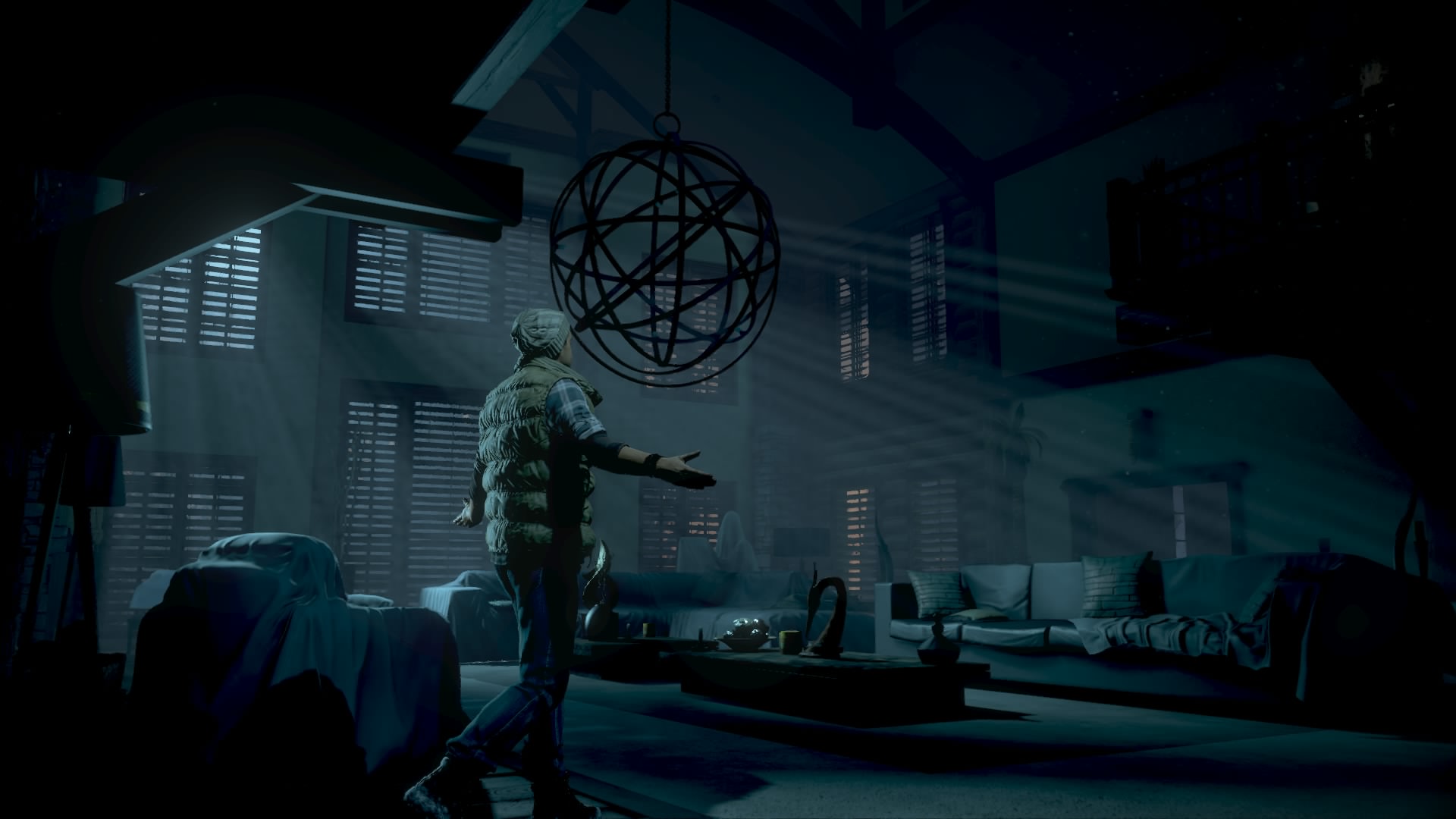 LET’S HAVE A FEW LAUGHS AND NOT THINK ABOUT THE DEAD SISTERS EH?

There’s conversational choices you’ll have to make at times that echo David Cage’s games (moreso than Telltale, now that I think of it), though there’s always a sense of surprise to where you’ll end up. Knowing that the game uses a Butterfly Effect mechanic means words are weighted a little more carefully than they otherwise might be.

Played in chapters, the game offers a different viewpoint for each hour until dawn. You have to make it until then with as many of the kids alive as possible – something that is quite difficult, really, given their penchant for gruesome ends. I made it with three, and the best advice I can offer is just leave that shit alone! 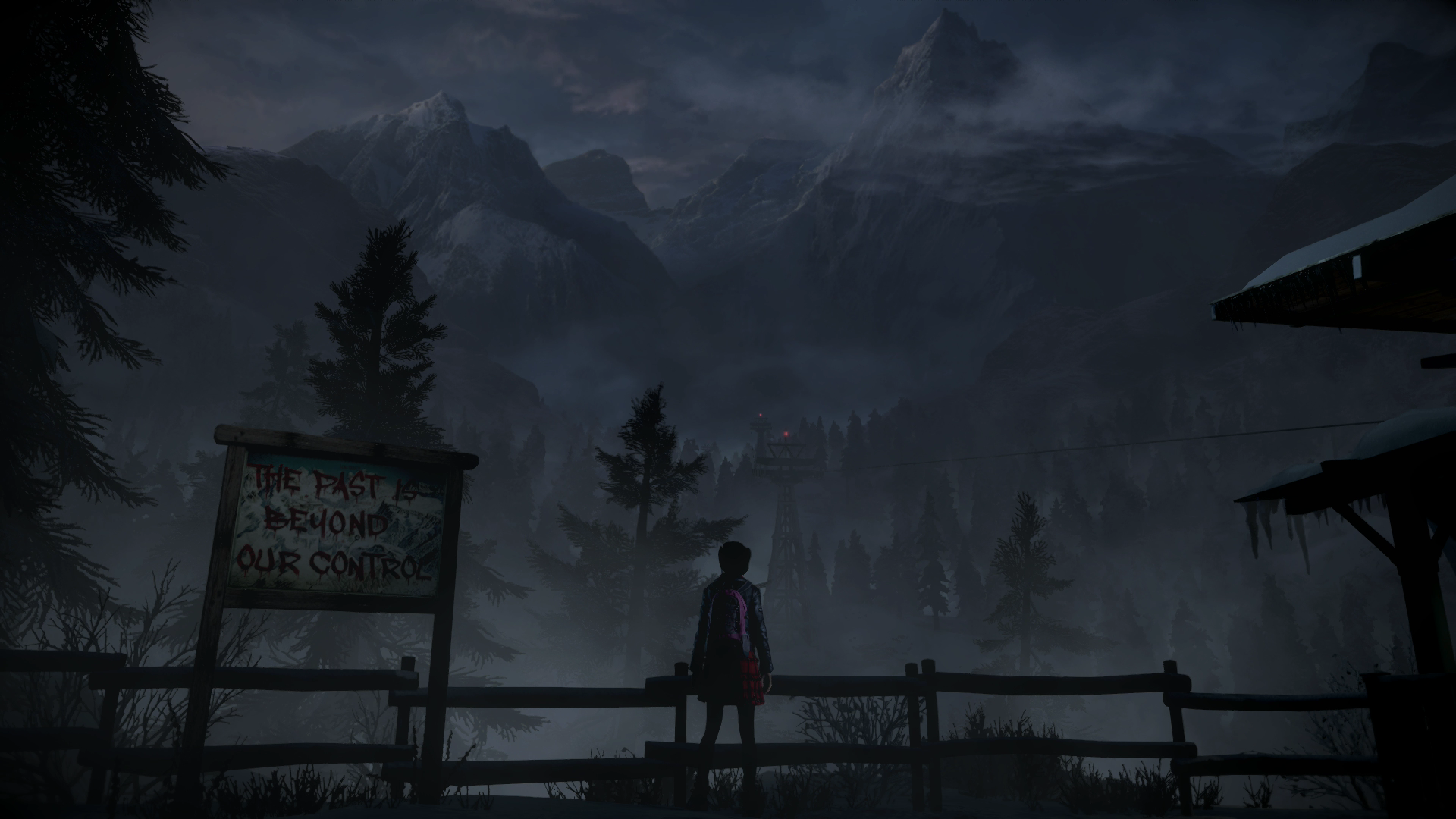 It’s for your own good, really.

The game has a very filmic look: it uses the language of the horror film to telegraph when Bad Shit is going to happen, and still manages to make the player jump with the cheapest of jump-scares. (FUCK YOU RACCOON MOTHERFUCKER.) The enjoyable mix of excitement and fear is absolutely lifted from the movie-watching experience, and I enjoyed feeling it in a game which offered me a reasonable feeling of agency. There’s so much borrowing going on – it’s difficult to say much beyond “slasher”, as it’d be easy to spoil the narrative – that it feels familiar, but with enough of a twist to ensure it doesn’t feel played-out or ripped off.

The best part of the game, however, is the psychiatrist you encounter between bursts of gameplay. It’s basically Peter Stormare being the most Peter Stormare that ever Peter Stormared, so you know what you’re gonna get. 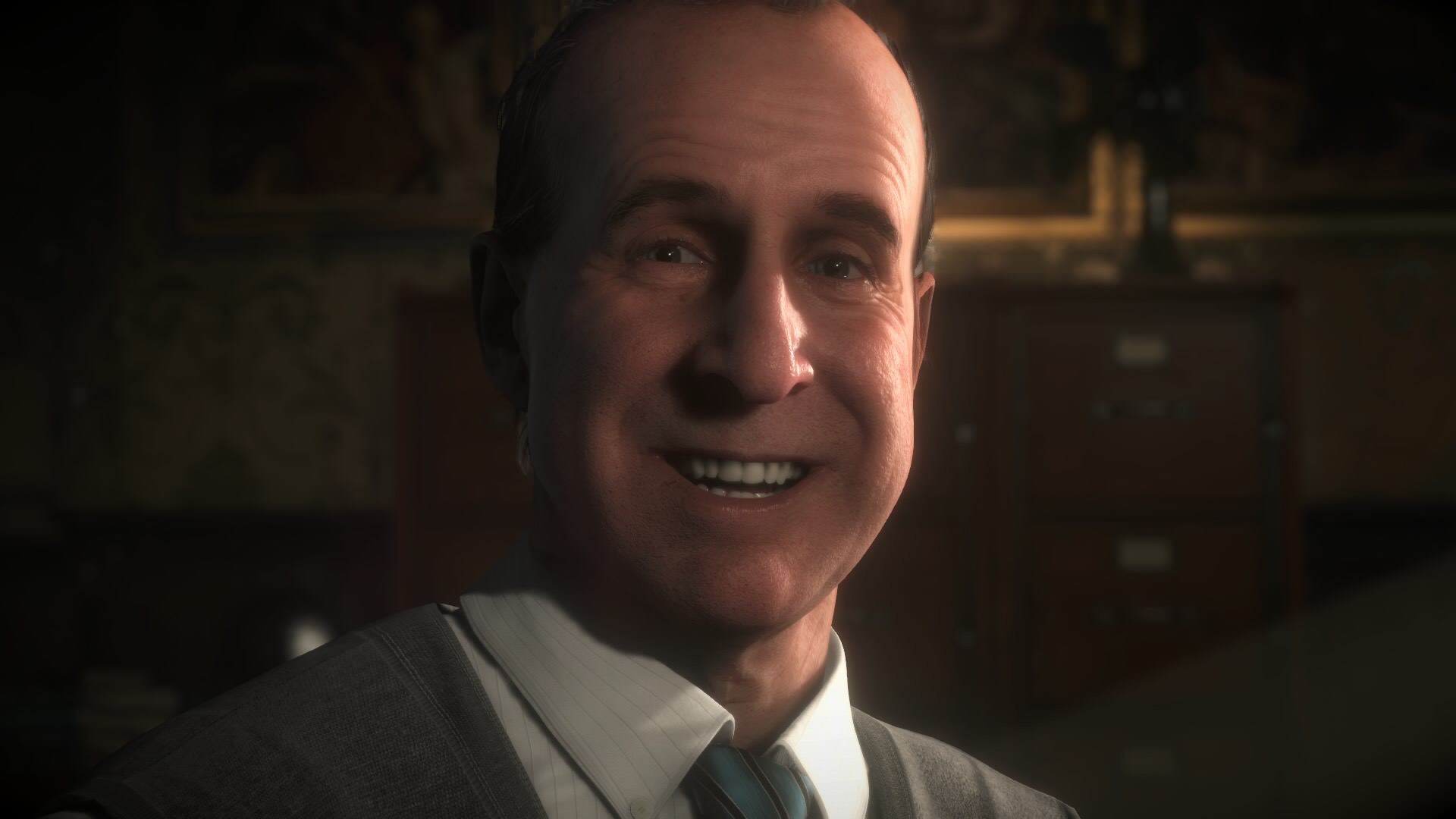 Will I replay the game? Well, I’d like to see what the totem items add up to when they’re all found, and I’m keen to see if I can complete the game with all teens alive – something that is possible, apparently – but I don’t know that I’ll do it any time soon. That said, the game takes only about ten hours to play, more or less, so it’s not a huge imposition to see it through again. I do worry, though, that knowing what’s going to happen would lower the enjoyment of such a replay.

Having said that, though, y’gotta love developers that tune their scares so effectively. So maybe I’ll wait ’til the winter dark and fire it up again.

This time, though, you’re not playing Max Caufield: you’re playing her friend Chloe Price, en route to becoming a badass.It fleshes out parts of the Arcadia Bay setup that weren’t explored fully in the original game – we learn why Chloe was kicked out of school, as well as getting to grips with the story of Rachel Amber, whose absence played such an important part in the first Life is Strange.

The game downplays the spookier aspects of the first installment: rather than relying on the rewind mechanic, this game plays it pretty straight, though it does add in a new ‘backtalk’ mechanic that allows you to lay the verbal smackdown on other characters to progress the story. The story itself is more small-scale – it’s a story of growth, friendship and love, and not just for the player-character. I found some of the characters from the initial game were given much more depth in this entry – or, at least, were given credible reasons to be cut some slack for actions in the Max Caufield neck of the woods.

You can expect to spend a lot of time in a junkyard – love that numberplate! – and lots of languid time trying to figure out where in the world Chloe fits in. There’s a distinct focus on the seamier side of Arcadia Bay here, though the mysterious Twin Peaks nature of the game isn’t entirely lost, given that it opens as you watch a band called, ahem, Firewalk. 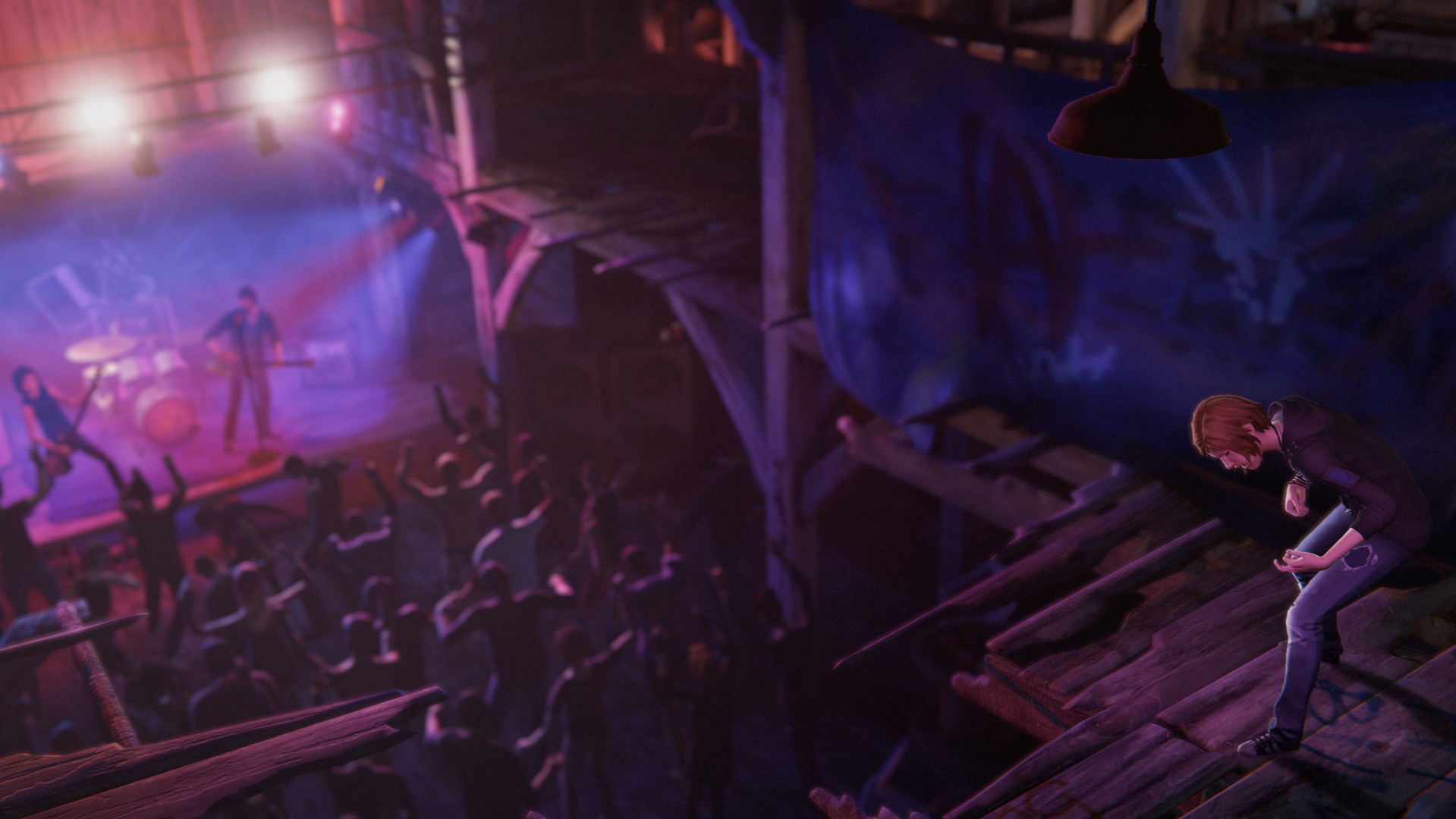 ROCKING OUT TO FIREWALK MOTHERFUCKERS YEAH.

In all, it’s a short story that doesn’t feel too short. The character growth, the explanation of motivation is well worth investigating, especially if you were interested in the first game.

Before the Storm was developed by different devs than the original, though it fits in pretty well. There’s some graphic upgrades, and the manner of illustration seems even more natural: I found it pretty engrossing. It’s short, sure, but it felt less obviously binary in places than its predecessor.

I say here that I’ve finished the game: I have, but for us super-bonus version owners there’s another episode coming sometime in 2018 that’ll let us play as Max again. I’ll be interested to see if it provides any more closure, especially given that the original devs are now at work on an official sequel – one with an all-new cast. 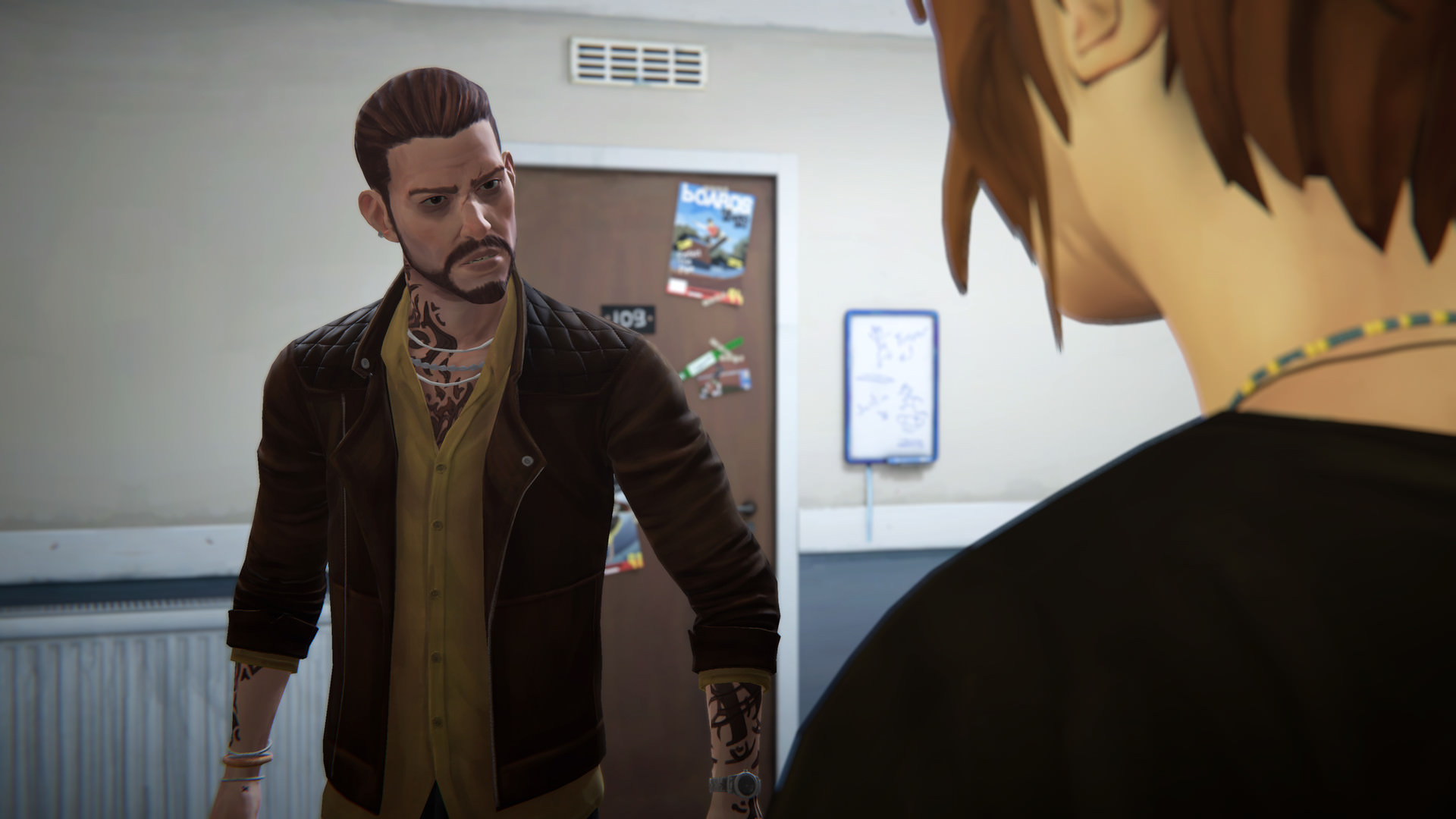 No more of this fuckhead? Say it ain’t so.

I’m currently flitting between a couple of games: some Call of Duty entries, The Talos Principle and Gravity Rush, as well as some backwards-compatible Xbox One titles, so I suspect these will be the last games I complete this year. But they’re a pretty neat last pair, particularly given the filmic angle both of them pursue.