This post may contain spoilers for Tales From The Borderlands and Cryostasis. If you’re planning on playing either of those you might want to read this later, perhaps.

I’ve recently finished playing Borderlands 2, a 100-odd hour epic jaunt which I mostly enjoyed. While I had reached my fill of that game’s mechanics, I was not quite ready to leave the world that had been created, so I decided to whip through Telltale’s episodic Tales From The Borderlands adventure game to get my fill of Handsome Jack action. (Jacktion? Ew.)

I must admit, I was a little concerned at how the game would play. Turning a shoot-and-loot epic into a point-and-click adventure is a bit of a risky proposition, but I did have faith in Telltale’s abilities. Other than some early missteps (the Back To The Future and Jurassic Park games were both a little bit lackluster, for me) I find the company good at adapting other properties to their play style. I like their Walking Dead games thus far – here’s my thoughts on S2 – as they manage to plough their own furrow while containing the key elements of that universe.

The same sort of approach is used for Pandora in Tales From The Borderlands – there’s the definite feeling that this is part of that environment, and not a randomly tacked-on addition. Characters recur, and while there’s the sense of things leading towards a particular type of ending – this is a game which offers something like fifty-something points of major plot choice, and all those have to come together in the end – it doesn’t feel particularly cramped. I admit this may have been due to my choices, though – I know others have taken different paths to me and found it less satisfying.

(Of the games of theirs I’ve played this one seemed the least buggy, too. Though maybe as it’s my first played on a PC, not a console.)

The new blood. You’ll see a lot of this pair.

There was a lot more story packed into the game, too, with each episode seeming to have more choices than usual. There’s callbacks to other Borderlands games, and certain events unfold which are fairly shocking (but completely in keeping with canon) if you’ve played those, too. The dialogue was stronger than that of Borderlands 2 (which admittedly, wouldn’t be all that difficult. But where it shone was the characterisation and construction of believable relationships – there’s some world-class scumbaggery that’s wonderfully acted, and the charm of both LoaderBot and GORTYS cannot be underestimated. They make the game, and this is a game in which Handsome Jack is really let off the chain. I don’t want to go into the narrative too much as the story is interesting even if you don’t have a huge handle on backstory. It’s worth exploring when on sale, even if you know nothing about Pandora and its resident scumbags. (Especially as it’s available on pretty much any platform you require.)

So. Good writing, honest and respectful of what’s gone before. Coupled with a feeling of a little more polish – the opening sequences were a standout, I thought – it was pretty successful. It fell down with occasional clunky story beats, and a half-hearted attempt to include a looting/perk mechanic, but overall it was a lot of fun, and makes me very hopeful for the upcoming Batman game.

The game I finished playing today, though, was very different and was a very strange trip indeed. It’s one I’ve had a copy of since it came out in 2009, because the setting – a wrecked Soviet nuclear icebreaker – was too delicious to ignore. Creepy, fucked-up ships? In the Arctic? With some kind of weird brain-surgery monsters on board? Designed by a Ukranian team? Bearing in mind that I liked my spin through You Are Empty,  sign me the fuck up! Cryostasis: The Sleep of Reason was pretty much tailor-made for me. 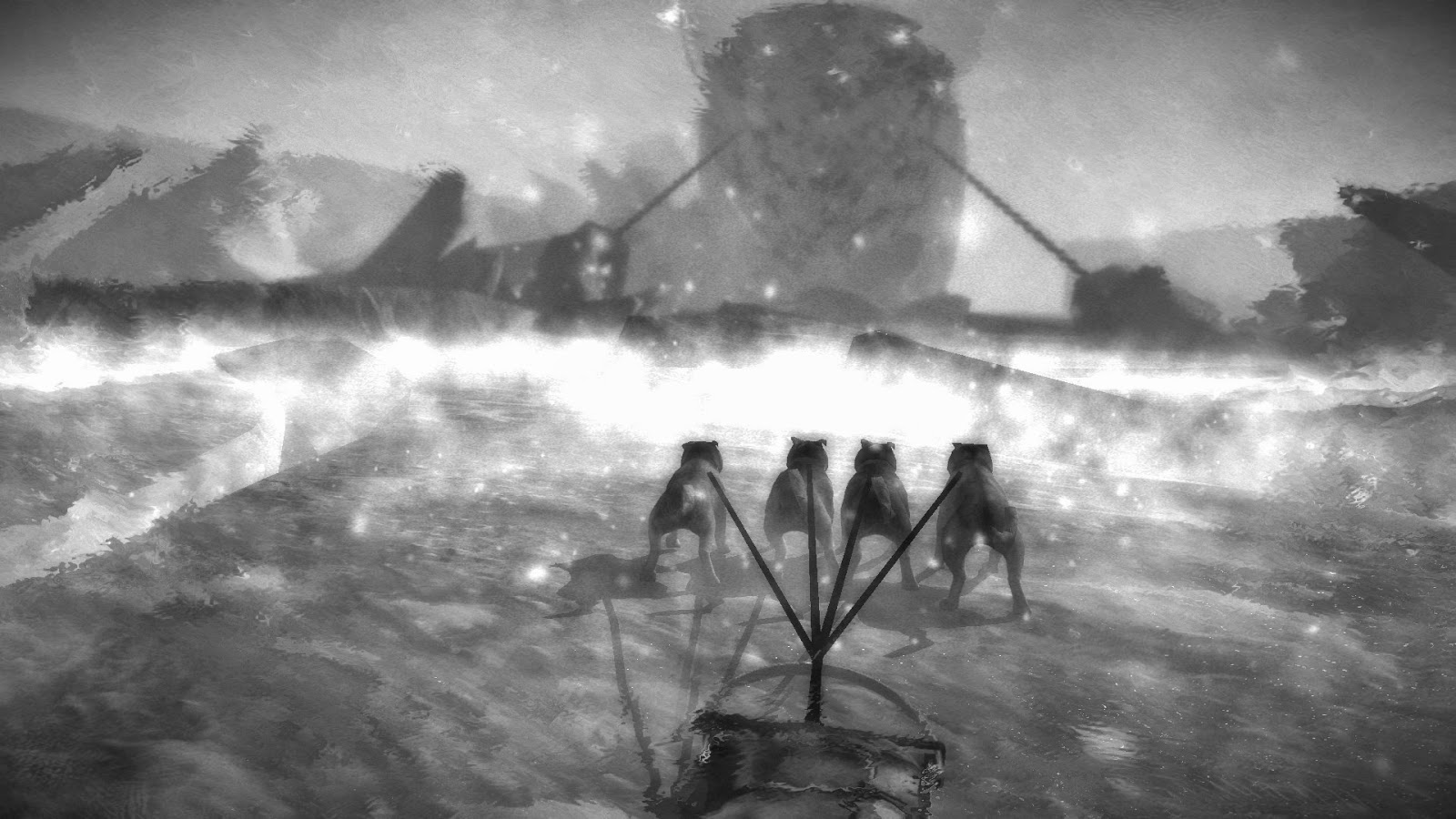 The game’s a bit of a curiosity as it seems to be better remembered these days as a glorified tech demo for Nvidia’s PhysX real-time water rendering, but that sells the thing short. True, there’s a lot of wonderfully rendered snow and ice (which is mostly unsurprising given the setting) but there’s some other interesting additions to the standard kill-dudes-with-an-ice-axe mechanic you’d expect from a first-person shooter. At certain points in the game, you can use a skill called Mental Echo, allows you to take over the past of a character (and, at some points, animals) and make changes to the past which then reflect the present. You also don’t have regenerating health – you have to warm your hands against steam pipes or radiators or the like, in order to fend off the ice which continually fogs and frosts its way across the screen.

Though it’s a FPS, the game is really closer to a walking simulator crossed with some kind of survival horror. You’ve come to the ship – following orders – and you’ve found nothing but death. What now? There’s a distinct feeling of unease permeating the proceedings, and the bits of narrative found lying around the ship further adds to the disquiet. Combat has some strange difficulty spikes, and some of the problem solving feels like busywork – but something kept making me play on. There’s a couple of competing narratives that are never hugely explained, and I think this mystery keeps things interesting. This article is an excellent read, as it unpacks some of the symbolism, and explains (somewhat) the Gorky story which weaves through the story.

Of course, I should also mention that Cryostasis features a boss battle where you go head-to-head with Kronos in the dude-killing stakes, while the giant stands in the ruined pit of a nuclear reactor, pissed off that you’ve dicked with time so much. 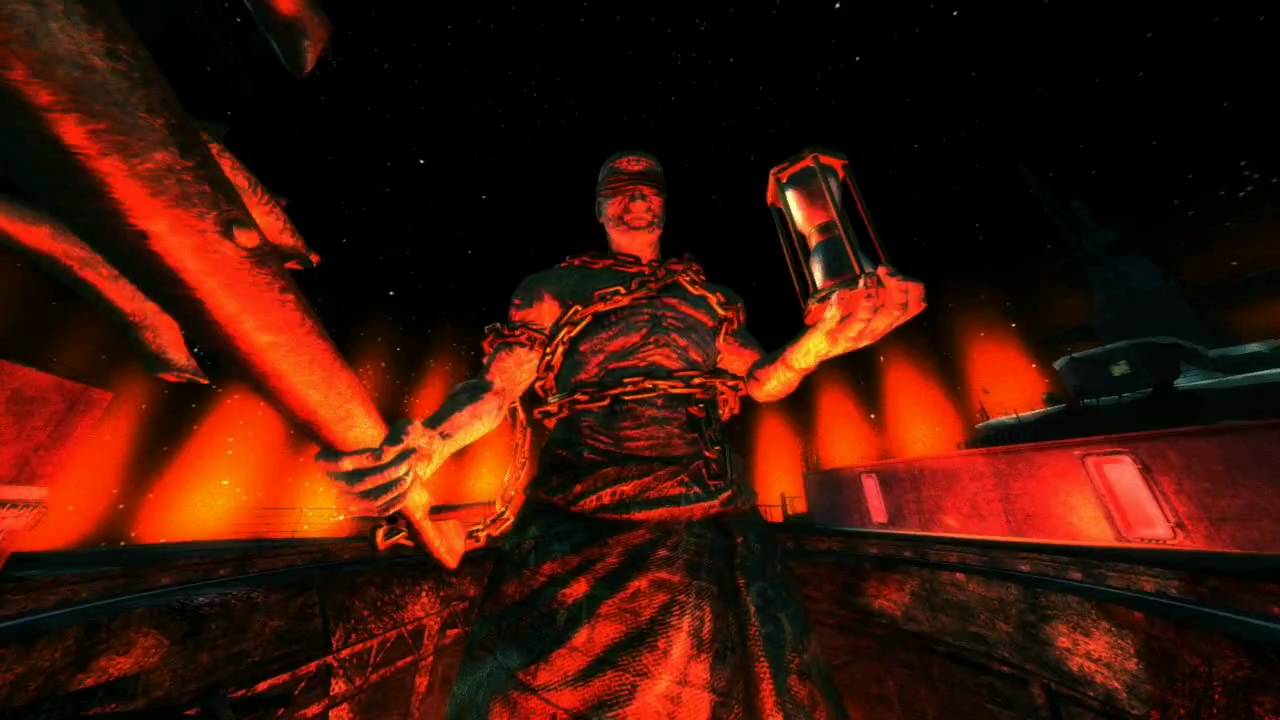 This is very much a you’ll-like-it-or-you-won’t kind of game, but there’s so much effort been put into the thing, it’s difficult to dismiss it out of hand. My main gripe is that the game is  too linear. There’s a lot going on, and there’s certainly a reaching for the cinematic behind how the story is told, but eventually you realise that this game is basically funneling you down corridors, using snow and wind as walls to keep you headed the right way. There’s too much trial-and-error with some of the Mental Echo stuff, and some sections are annoying difficulty-spiked or feature some pretty easily triggered fail states.

But for all that, I couldn’t resist this game. I didn’t have a computer powerful enough to run it for a very long time, so to have finally been able to play through it is a bit of a relief for me. It was worth it – it’s too weird to not play – though I am, again, stupidly interested in this kind of thing. It’s flawed and demonstrably not a good game – but it is one which seems to have stuck in my mind. I mean, you don’t always fight gods in Cold War nuclear battlefields, right?