The Acolyte by Thea Astley.
My rating: 5 of 5 stars.

Shockingly, I’d never read any Thea Astley until I read The Acolyte. I felt guilty about having not done so, sure, but it wasn’t until I was at a loose end and needed a book quickly that a hasty grab from a bag of books rescued from the last-days sale of a cavernous bookstore brought it to my attention.

And boy, am I glad that chance brought me in contact with the story of Paul Vesper, the titular acolyte of blind (and fictional) composer and pianist Jack Holberg. Because it makes me feel a lot better about my own creative inertia, frankly. 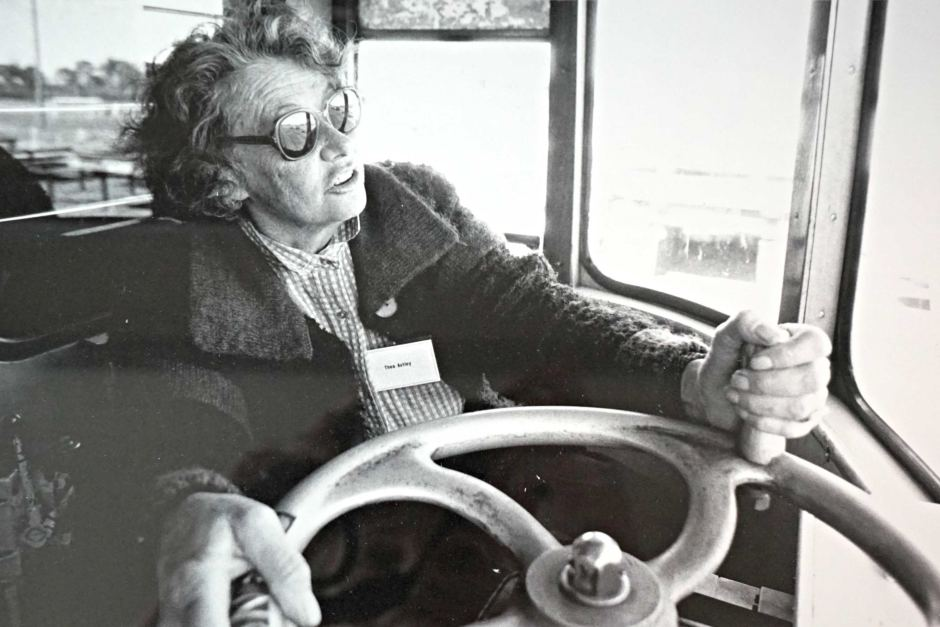 TOOT TOOT! OUT OF THE WAY: I’M THEA FUCKIN’ ASTLEY!

Interestingly, the book – a Miles Franklin winner – was apparently written as a response to Patrick White’s The Vivisector. Where that work focuses on the creative journey of its main character in a universal sense, Astley’s work does the same, and finds, as Kerry Packer said of the afterlife, that there’s nothing fucking there.

Rather than celebrating and analysing the meaning gleaned from a lifetime of hard creative toil, Astley’s writing suggests that there’s fuck-all to be gained by it. Holberg, a blind composer who’s seen as some kind of modern-composition Tiresias by the gullible audiences, is really a terrible pants-man who works barroom piano schtick into high-art set pieces and treats his followers terribly. Vesper, his factotum and general dogsbody, doesn’t even have the benefit of sniffing the farts of success: for his work, he’s regarded as some kind of knackered, broken bloke – though forever attaching himself to women who are attached to another character probably doesn’t help with this.

It’s interesting to see how many reviewers give this book an absolute bollocking. The characters are unlikeable, it’s said, and the proceedings pretentious. And they’re not wrong: there’s not a likeable person in here – well, unless you discount the leather-wearing, vibes playing geriatric aunt – and it’s a grim view of the world of creativity that Astley churns out here. But I find a perverse enjoyment in it. That could be because I like the sort of cacophony that Holberg trucks in – but also because I like the fact that the book, while brief, accurately charts how even success carries a fair amount of failure inside it.

The book works most effectively as a study of codependence. As an examination of how and why people stick together, even to their detriment. The narrator changes jobs and locations with a fair degree of detachment at times, but cannot easily pull himself away from Holberg and his coterie of hangers-on. The Venn diagram of relationships in this thing is complicated, and the areas of overlap are great: there’s no unique relationships – everything is corrupted by proximity, and it takes momentous events, destructive events to force change. It’s claustrophobic in the way only years-long relationships can be.

Everything in the book seems rooted in reality, but viewed slightly askance. I mean, the narrative starts off in a small Queensland town called Grogbusters. But even so, there’s a sense of veracity in Astley’s portraits of drawn-out languor: a capturing of the light that rings true. It’s what pulled me on when parts of the narrative dragged (even though it’s a brief book) or when the gulf between 1972 and now seemed most apparent.

I really enjoyed this work, and it’s pushed me to move more Astley into my to-read pile. If you like wanky modern classical music and the tales of people who’ve cut off their ambition because they simply couldn’t be arsed to make an effort then you’ll like this. If you’re interested in the grimness of working for bureaucracy, and the safety of picking what’s easy – and the undoubted shitfight that follows from such actions – then this is definitely one for you.

After all, something that is considered either brilliant or horseshit is worth a look, right?