So when you’ve blown up one of the world’s biggest cities (again), what’s the natural progression?

No face! Just like Jesus in those creepy bibles we had at school.

Or elect an incredibly powerful kid as leader and feed drugs to refugees? Sure, why not.

(It’s working out as well as you’d expect.)

This is the fourth volume of the story and I felt revitalised by it. We’ve gone from futuristic metropolis to bombed-out shithole, and it’s glorious. There’s a new (self-proclaimed) government turning away offers of assistance, while thousands of people clamour for help. There’s not much of a let-up in the action in some places – indeed, Chiyoko’s head-busting chops are given more room for expression, which is welcome. (She’s a contender for the biggest hard-arse in the work, and she doesn’t even have planet-fracturing mental powers so you know there’s some premium destruction meted out here.) 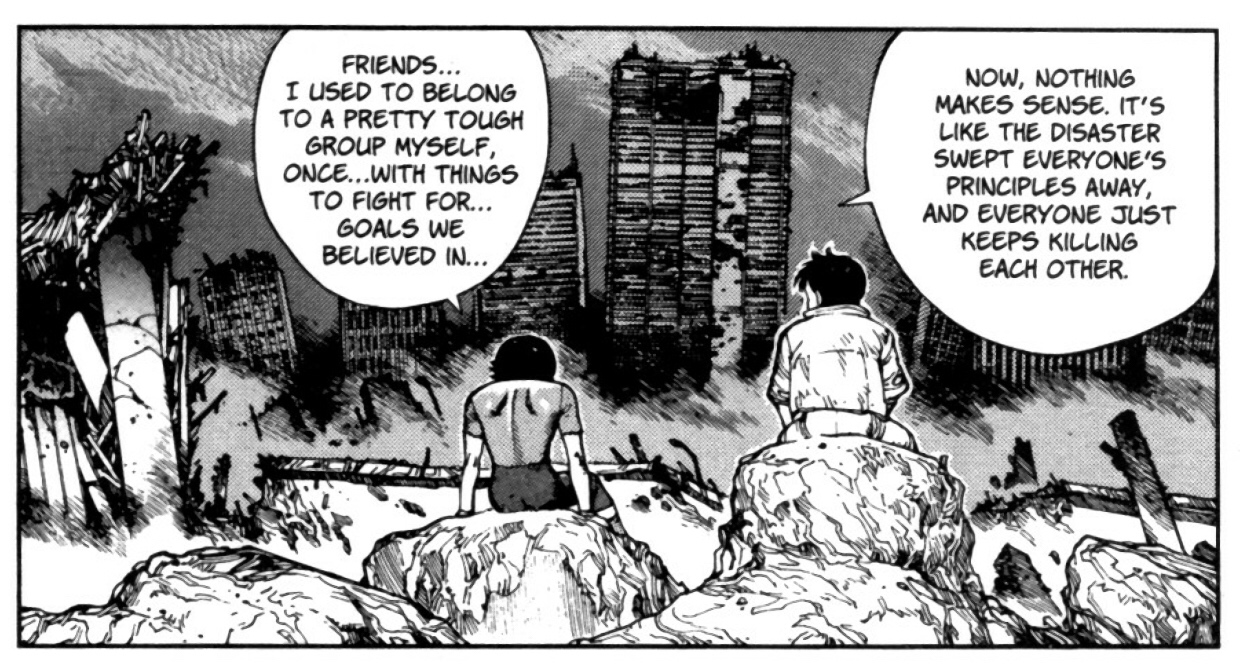 Broadly, the fucked city has split: the Empire (Akira et al) on one side, and Miyoko’s temple on the other. A lot of backstory is presented in these pages, but it also covers some more internal, philosophical drivers that hint at greater depth to come. There’s a lot of conflict, a lot of death, and a feeling that the stakes are increasing, despite the thorns of rivalry. A couple of characters are called upon to transcend their limitations – physical or otherwise – and the forward momentum of the narrative hangs on the outcome of such travails.

Graphically, the work continues to amaze. Even in its destroyed state, the cityscape is breathtaking, and Otomo delivers some wonderfully cinematic tableaux. 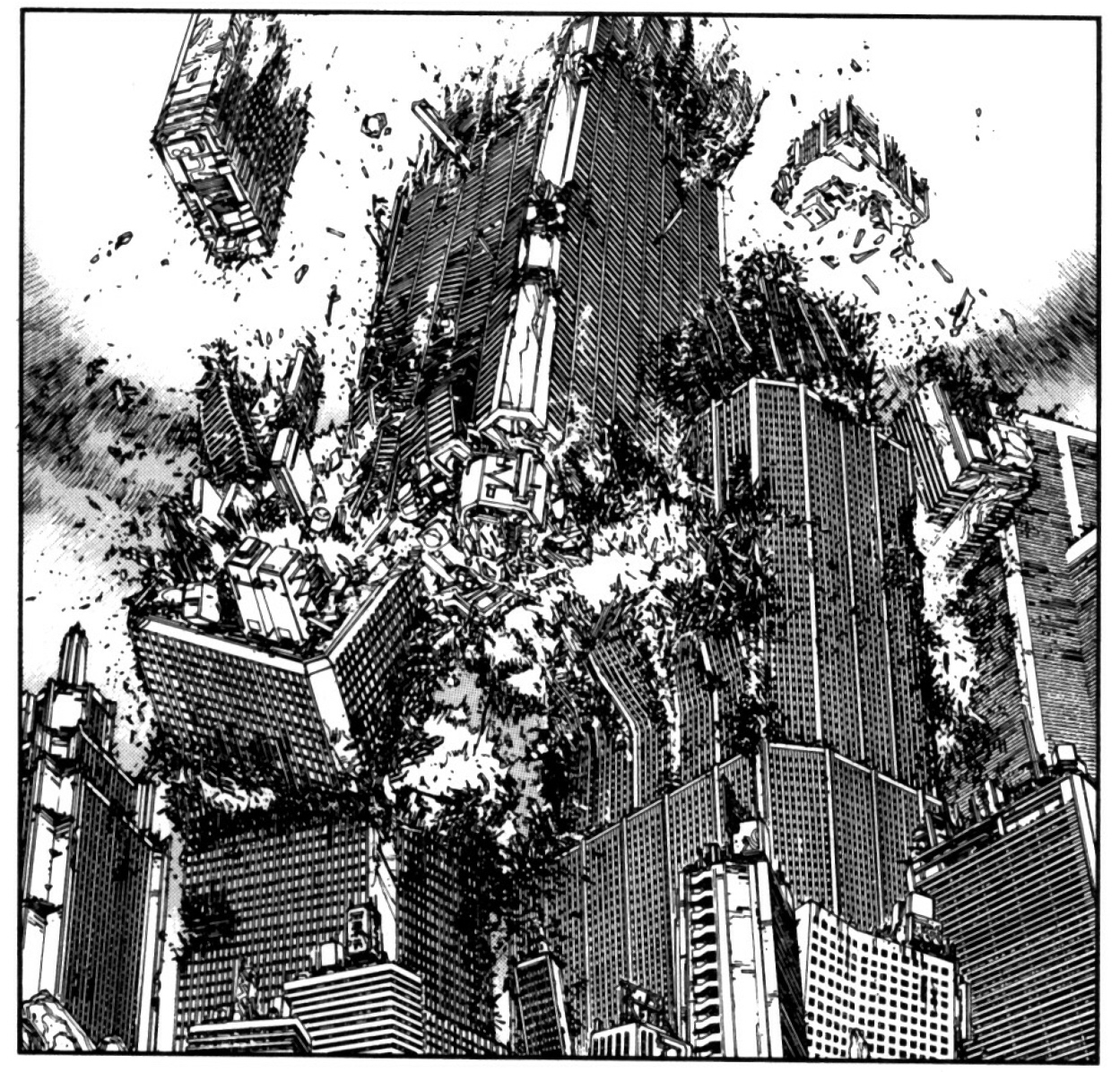 THIS IS THE ADJUSTMENT THE MARKET HAD TO HAVE!

Overall, this entry ramped up the tension and the action, I felt. The stirrings of a Tetsuo/Akira stoush-to-come kept me enthralled, even through some ropey group sex/mental breakdown scenes. There’s a lot going on, and it’s spurring me on in a way I’ve not felt in other volumes. 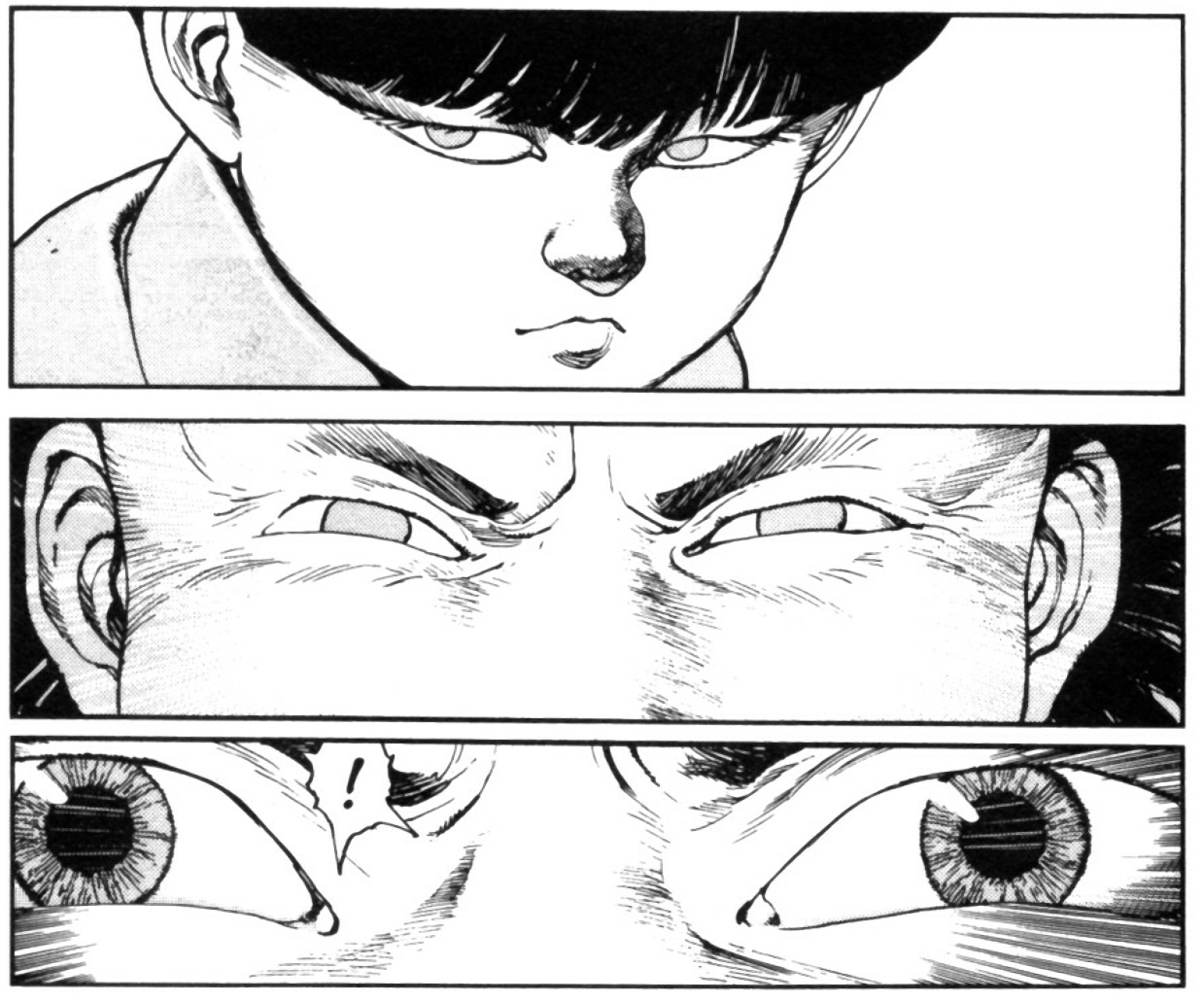 Do you see what I see? Oh wait, I forgot you can DISSECT MY SOUL.