So, you’ve probably seen the 1988 animated film with this name. You know, with motorcycles and a whole lot of screaming testosterone haircuts with axes to grind and heads to explode. And so you’re expecting this to be pretty much the same thing, right?

I don’t have a whole lot to add to that, really. This is the first volume of six, and I assume that the story of the film will unspool (albeit more slowly) over the course of those volumes. I’m a bit loath to write much of a critique until I get further into the story, but I’ve got to say: this thing snaps along pretty quickly, which is probably unexpected in a book that’s largely about juvenile delinquency in a Tokyo recovering from World War III.

Well, that’s not exactly it. Bad boys abound – revvin’ the bikes and neckin’ the speed – but there’s worse boys around in the guise of shadowy government organisations. Organisations that keep psychic old-faced kids – or ghosts -drugged and malleable, in the fear that something worse is about to turn up. There’s authorities who don’t care about crashed bikes – but do care about trespassing. There’s insurgents looking to uncover the truth. And there’s a plan to make the Olympics a figure of civic rebirth, an adaption of a massive crater.

But mostly it’s about kids and drugs. Two kids in particular: Tetsuo and Kaneda. They’re scumbags, but they’re mates, at least until Something Happens. 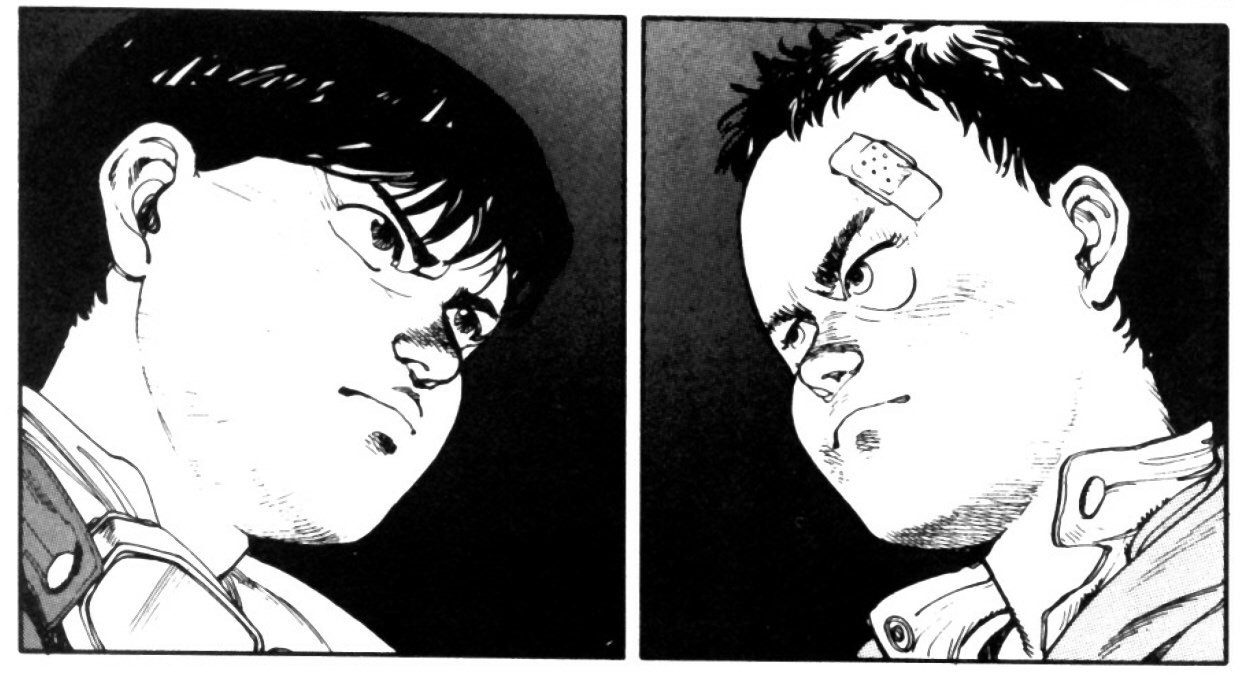 And you know it’s not gonna be good, right?

Katsuhiro Otomo’s story zips along, industrial lines of goey. It’s a mechanical looking art style, but one that’s continually in flux. Superbly detailed but sparse when movement dictates, it’s always moving, pushing both the viewer and the narrative on. Yes, it seems a bit shallow in some places but I assume that’s because this is the orbital escape burn – an explosion to get things started.

(A lot of the onomatopoeic technique in Akira puts me in mind of Frank Miller’s Sin City, though that part of Miller’s work comes after Otomo had begun the series.)

I’ll be interested to see how this goes. I mean, I know how it goes, because I’ve seen the movie. But I can’t wait to see what was eliminated in pursuit of a manageable runtime – I think there’s a lot yet for me to discover.