The Walking Dead Compendium 3 by Robert Kirkman.
My rating: 5 of 5 stars.

Another volume of blood, guts and inter-community negotiation.

Yep, it’s time for another tranche of The Walking Dead.

This compendium gathers together issues 97 – 144 of the comic series, and for the first time the stakes seem a lot higher, at least to me. There’s a sense of community throughout this volume, a feeling that there’s a world beyond just surviving. It also takes place at a period long enough after the outbreak of whatever it was that caused the dead to walk, so you know that anyone who’s bad at this point is going to be really fucking bad.Enter Negan, for starters. And yes, things get really fucking bad. Let’s hope you’re not pressing shirts while you’re reading this.

This is around the point I stopped watching the TV show, so I was in uncharted waters in terms of narrative. And I’m not sure if it’s being free of that crutch of familiarity or not, but I felt there was more effort in the writing of this part of the run. There’s more of a sense of consequence throughout.

I think my too-cool-for-school attitude towards the story has cracked a little with this volume. There’s some pretty major character deaths, and when particular people bit the big one, I was surprised. I audibly gasped at one character’s messy despatch – and no, it wasn’t one that I’d had spoiled for me by the show, either! So the level of investment is going up, goddamnit. 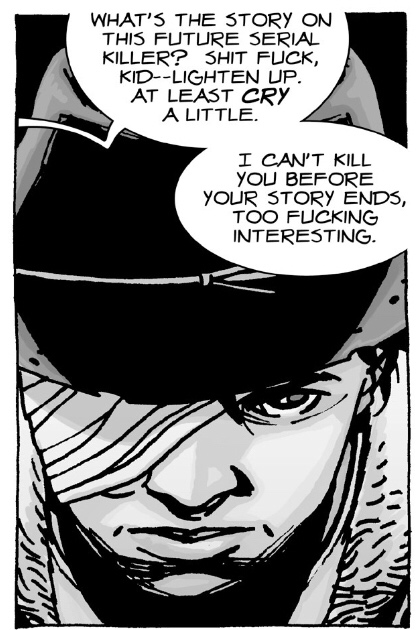 I liked the amount of attention that was paid to Carl and Rick in this selection of issues. Not that the run isn’t always about them, but there’s a lot of emphasis put on increasing the pressure of the world on Carl’s development. And Rick’s presented as much more of an elder figure later in this compendium, with a society that knows of his leadership and feels beholden to him – or not. It’s interesting in that while there’s still head smashing to be done, there’s much more thought given to the characters’ internal lives at this point. 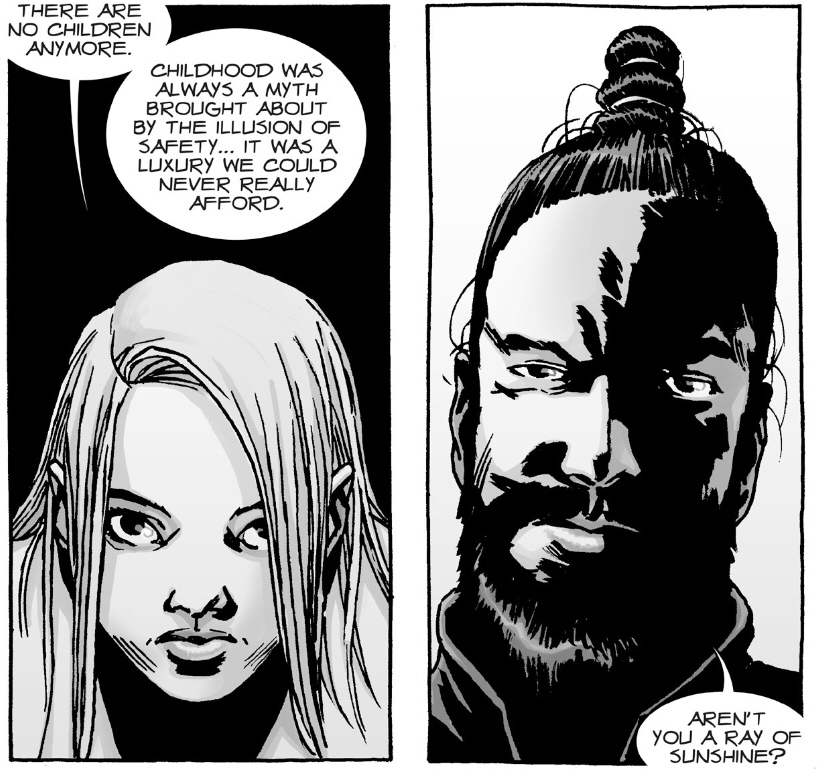 Childcare these days is a bit iffy.

Of course, there’s always going to be someone who wants to fuck up the norm. And late in these issues, we meet some people with some, uh, extreme views on what post-apocalyptic life should be like. I don’t think it’s going to end well. 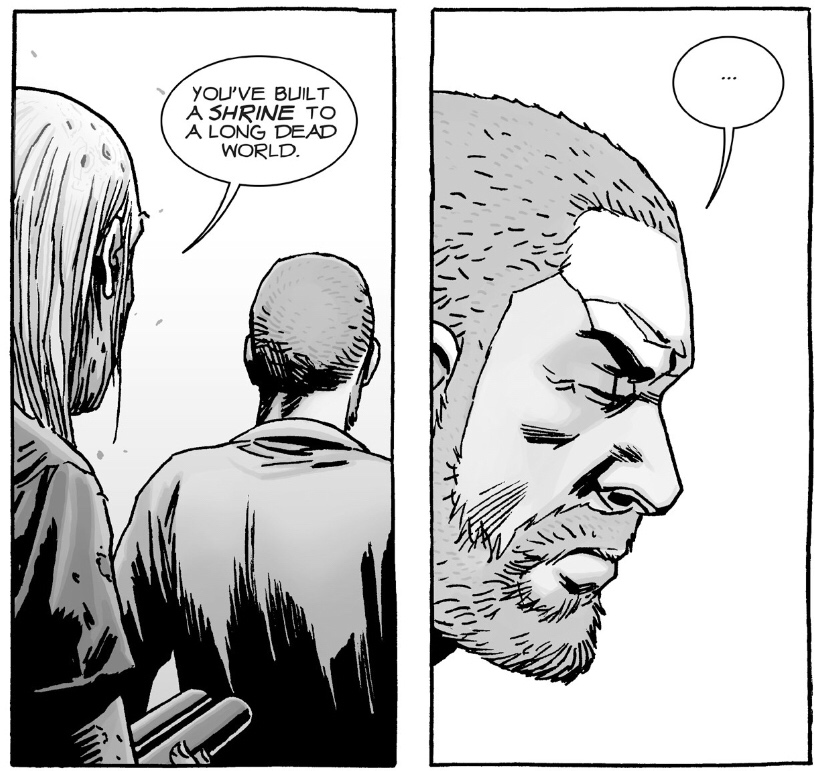 But we have a bakery!

I was planning on spacing out my reading of The Walking Dead but this compendium has ensured I’ll be picking the next one up much sooner than intended. I can’t wait to see where things go from here.