Deadman Wonderland, Vol. 4 by Jinsei Kataoka and Kazuma Kondou.
My rating: 3 of 5 stars.

Back on this again. Deadman Wonderland remains a decent break from more taxing literature, given that you’ll always be assured of some grimly violent fighting and some embarrassed-teen interchanges in ready supply.

This volume provides a little more backstory, as well as offering a pretty action-packed mission. That the mission ends… badly… is probably to be expected given how early in the run we are. But still, there’s a good sense of high stakes. Betrayal and subterfuge make an appearance, and of course this causes a wedge between some of our characters.

What intrigued me was that this volume also saw members of the prison staff become suspicious of what’s going on in the establishment. While not a lot actually happened in this regard, there’s a good amount of groundwork laid for future management/staff throw downs. Additionally, more was conveyed of the Undertakers and their role in controlling the inmates. Turns out it’s not just about wicked guitar solos, which is a bit of a bummer.

That’s the name of my new band, FYI.

Compared to the animated adaptation of the work, the manga is certainly more explicit. The violence is pretty keenly observed, and it verges on the squicky given that everyone involved seems to be a teenager. I dunno, maybe if you’re into kids being dissolved by acid, this isn’t such a thing for you. 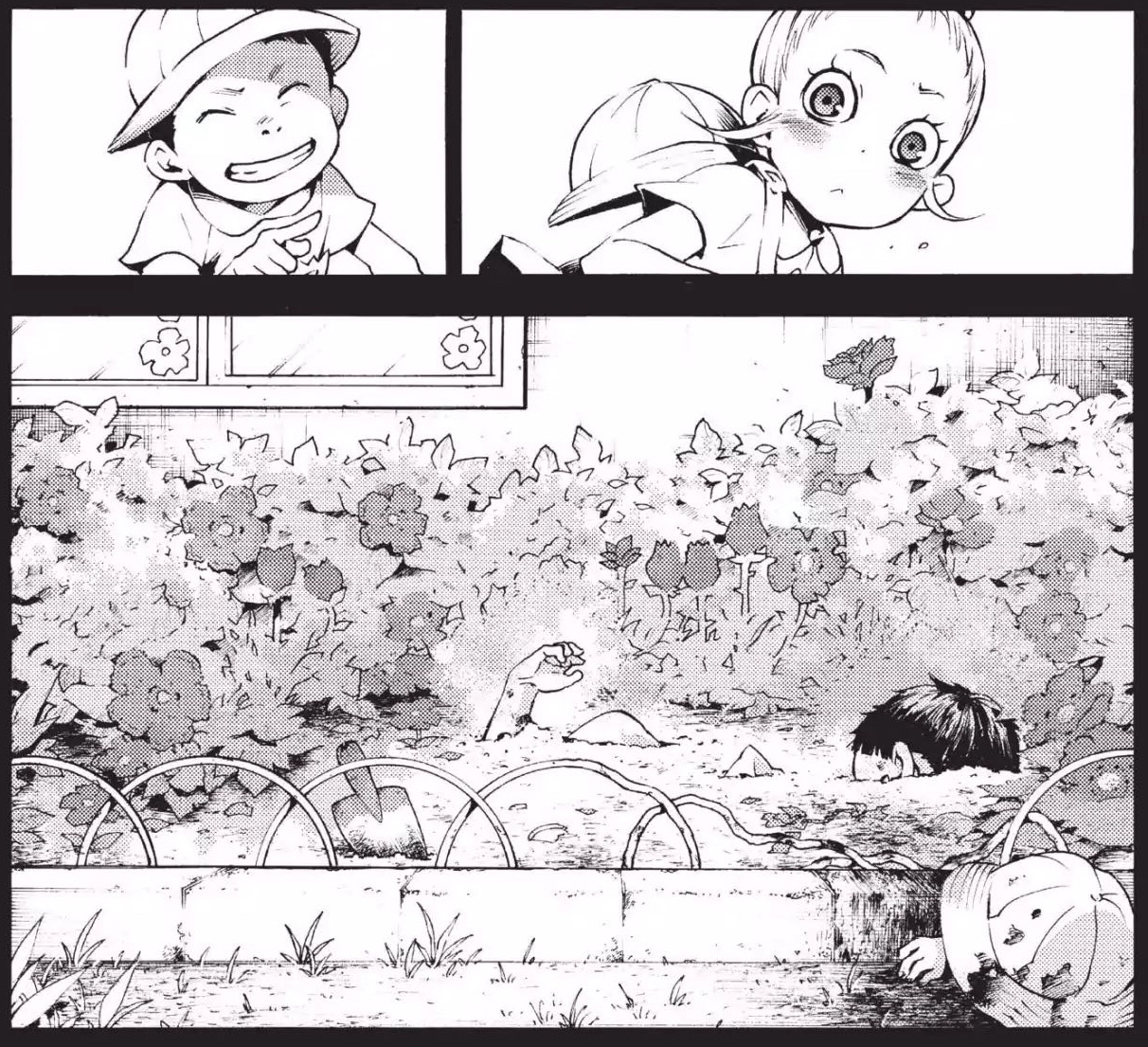 Well, and this pre-school murder scene, for flavour.

That said, it’s fitting for the story – this is something that takes place in a human testing facility designed to look like a prison which also runs popular games that kill off most of their contestants – so I can’t carp too much.

It’s the subtlety of Deadman Wonderland that I really like.

A slightly lower score for this collection as it didn’t really provide me with much of a sense of forward momentum. I guess I should get used to it – with so many volumes to go, I reckon it’ll be a while before stuff starts to whip along.