The book is a yakuza tale. It’s treated with something of the high drama that typifies the Yakuza game series: there’s lofty stakes and revelations in store that will completely change the way characters exist in the world. There’s power struggles, and in the background to all this is Tokyo, unsleeping.

The city becomes more of a character than you’d expect largely because the focal point of the story is a blind prisoner, released from a jail cell after decades. He’s out on the streets to help restore a bit of order – to bring to heel a troublemaker – but there’s a distinct sense that our blind hero has a bit more in mind than that. But as he’s blind, he’s reliant on memory and sound to make his way through the world – resulting in a number of panels where the sounds of the street stand in for dialogue: onomatopoeic mapmaking in action. 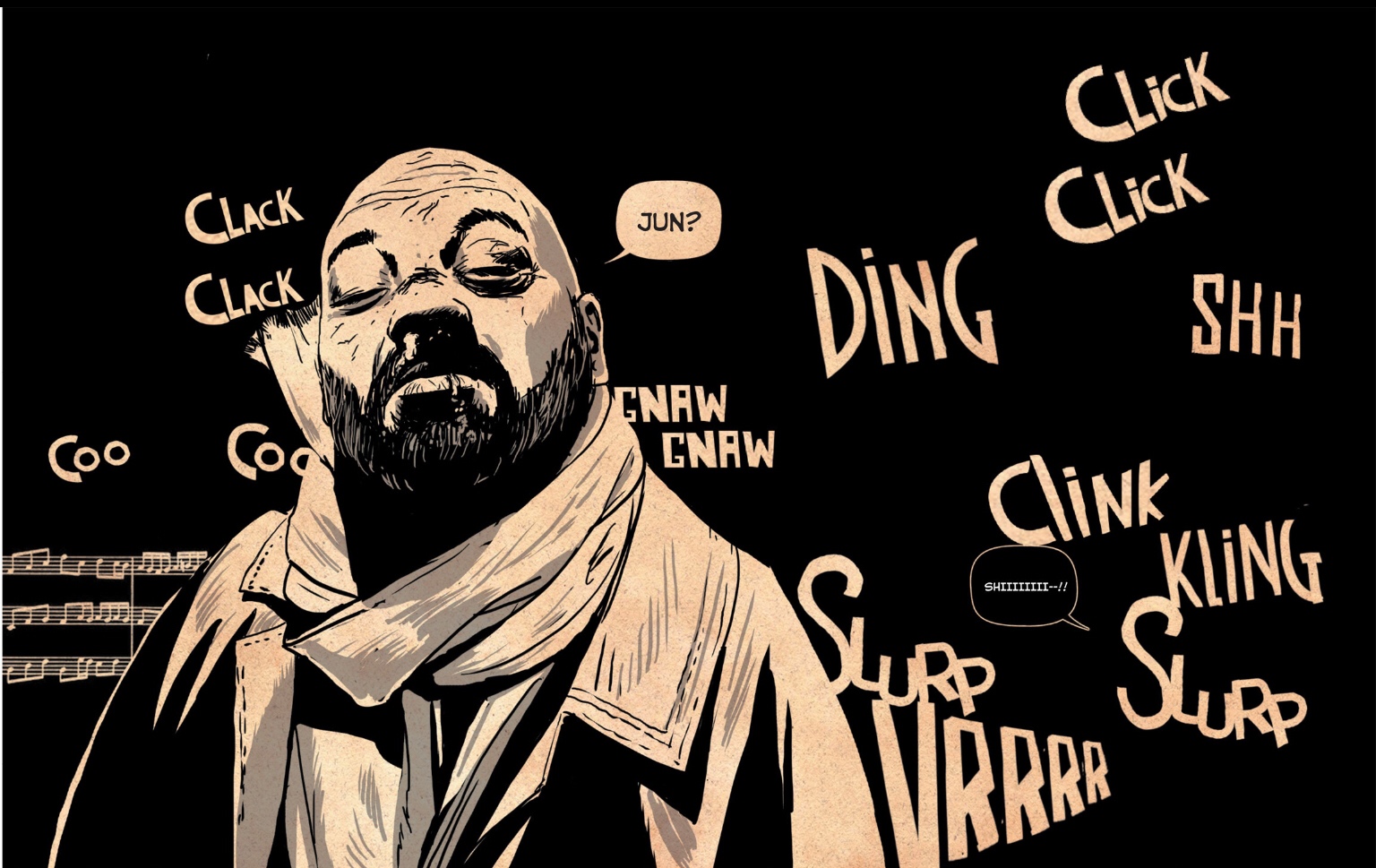 He’s listening to my playlist.

It’s neat, and when coupled with the crisp, noir stylings of the work, it’s effective.

The closest touchstone to Clan – though set in a different time – is obviously the various versions of the Zatoichi story. Though this illustrated version lacks the dance sequence finale of the Beat Takeshi iteration, it’s very much in the same spirit: lightning-fast reactions, flipping the odds and injecting a bit of wry humour into ever goon-a-thon that’s encountered. It could be that the idea of an old bloke pounding shit out of some tough nuts with a golf putter is inherently amusing, but there’s a little more appeal than that.

This is a short book, and it won’t take you long to complete. If you’ve an interest in either Japan or the yakuza, it’s worth a look. The story isn’t the most original, but that’s fine: what crime story is? Rather, there’s enough telling nods to the culture and literature of the place to illustrate that the creator knows their onions, and are keen to share that enthusiasm.

Oh, the pain’s coming for you.