The Complete Phonogram by Kieron Gillen
My rating: 5 of 5 stars

Oi. Do you like Britpop? Did you like Britpop? Are you familiar with the psychogeographical pitches resonating through the shitholes of Camden? Did you have a dog in the Blur/Oasis fight? Were you mad for it? Did you think Luke Haines was more arch (and better, let’s face it) than Brett Anderson?

If the answer to any of those was affirmative, you’re gonna love this book. And I mean love. 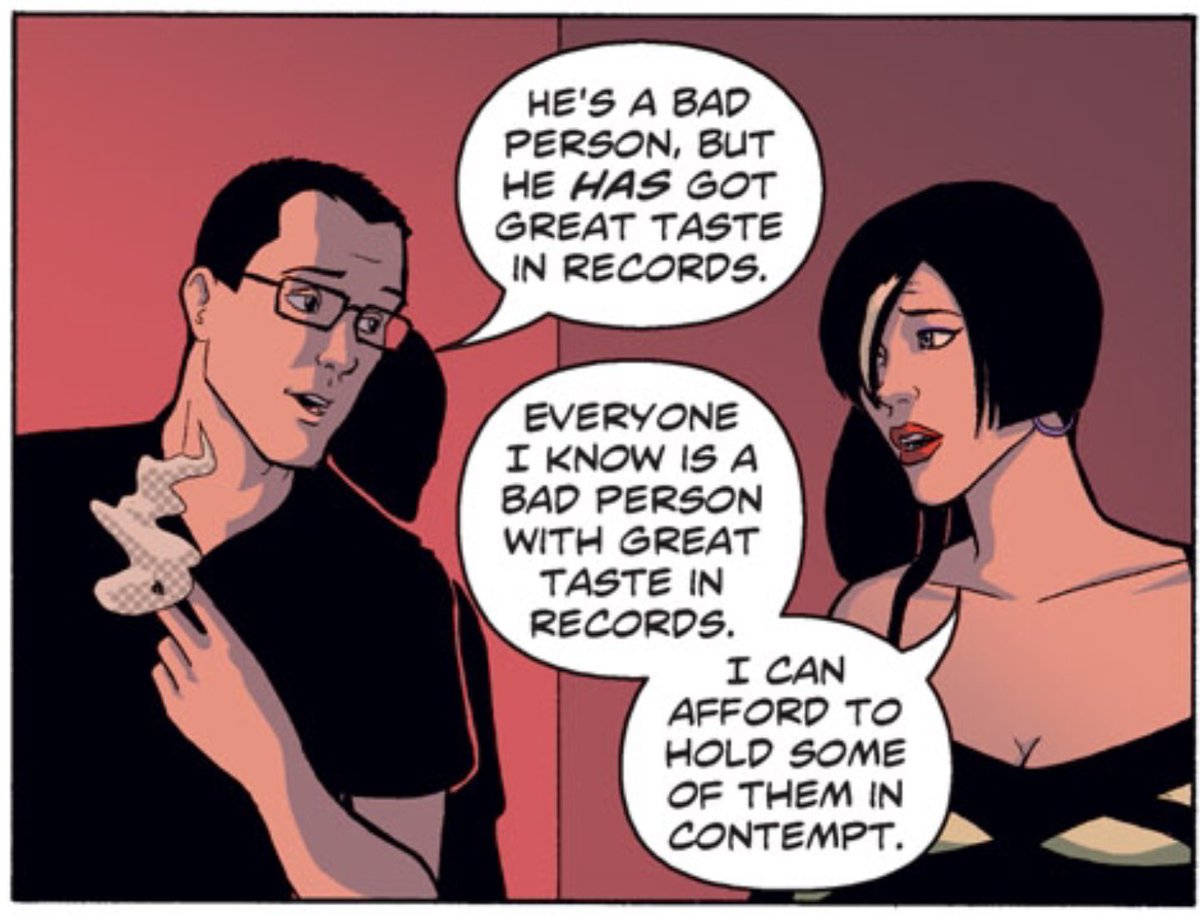 Phonogram was, sporadically, a three-volume, ten-year project. It roped together magic, goddesses and the deep spiritual power that’s exerted when you hear your favourite fucking tune and the hairs on your arms pop up like antennae. Over the course of three volumes, Kieron Gillen’s writing and Jamie McKelvie’s art told the story of a coven of phonomancers – magicians working with musical tools – and of the ruins they leave in their somewhat stylish wakes.

(Some housekeeping early on: I haven’t read this edition. I read (on ComiXology) the three trades that make up this edition. Goodreads didn’t seem to have the three listed here when I was trying to keep records, so I opted for this edition. Still, I read the entire run of the series, which is what this hardback presents. Though some cursory research suggests, I’ll be buying this version anyway because there’s a newly-added Bowie reference. Oh, you pretty things.)

The first volume, Rue Britannia, deals with a falling-apart mage, David Kohl, ten years post-Britpop. The second volume, The Singles Club takes a different narrative approach and shows an evening as a club night Rashomon, reflected through the experiences of various characters in attendance. The third – a volume, The Immaterial Girl, that almost didn’t come to be – provides a suitable conclusion to the series, told as a tale of what happens when power and perfection aren’t enough.

I really don’t want to spoil the narrative drive of the series, because I found myself consuming this with glee, and would hate to rob someone else of a similar joy. Suffice it to say that it’s smart – or smartarse – and is more concerned with gettin’ old than you would imagine, given the perennially youthful image of Britpop, all terylene and two fingers in the air. There’s a lot in here about identity, and about the role music (and videos) play in the formation of same. From a magic viewpoint, there’s a sort of Grant Morrison feeling to some of the ideas, but they seem less – well, less self-important than some stuff you’d find in something like The Invisibles, say.

(Though is that Morrison in there, early on, sucking the life-force out of dance floors? Hmm.)

The art is clean and crisp. It’s detailed when it needs to be (and displays some finely restrained colouring) and it serves the story well. Honestly, the uniformity of design throughout the run is reassuring – in other comics where artists have rotated in and out, I’ve sometimes found it hard to fall through the page again; not so, here.

At its heart, Phonogram is a cluster bomb, just as the best Pulp songs are. It’s at once silly and deeply sad, a world that you don’t really belong in but that you understand almost instinctively. It makes you feel shit and great at the same time, and it’s that tug-of-war between happiness and sadness that typifies, I think, the best Britpop. It’s all over this work. If you’ve ever believed in the songs that saved your life, then you’re a phonomancer too, kid.