This is an older review, rescued from the internet ether. I wrote it for a site I was involved with at the time, and I’m prompted to put it online as I’ve just listened to the band’s album and it still holds up OK if you’re keen on the whole garage-rock kinda thing. Excuse the writing: a lot has changed in 12 years – including lead singer Abbe May, who’s now out of the garage and into the spotlight. 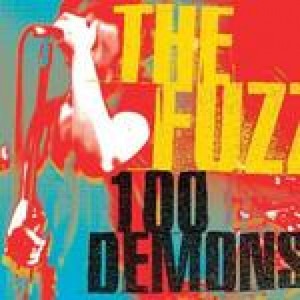 After two well-received EPs, Perth quintet The Fuzz has upped the volume (and the dirt level) with their debut album, 100 Demons. What results is an album that’s got the sound of hunger nailed. With young bands, this keenness, this eagerness to rock isn’t unusual, but what marks this bunch of noiseniks out is the strength of vocalist Abbe May’s cords. They’re phenomenal, and bring to mind some kind of scientific experiment wherein Bon Scott and Adalita from Magic Dirt are somehow combined to create the Ultimate Rock Throat.