As the saying goes, it’s grim up north. The grimness undoubtedly is multiplied when you’re hired crime muscle normally found in London, and you’re only headed back to your northern home town because your brother has died. 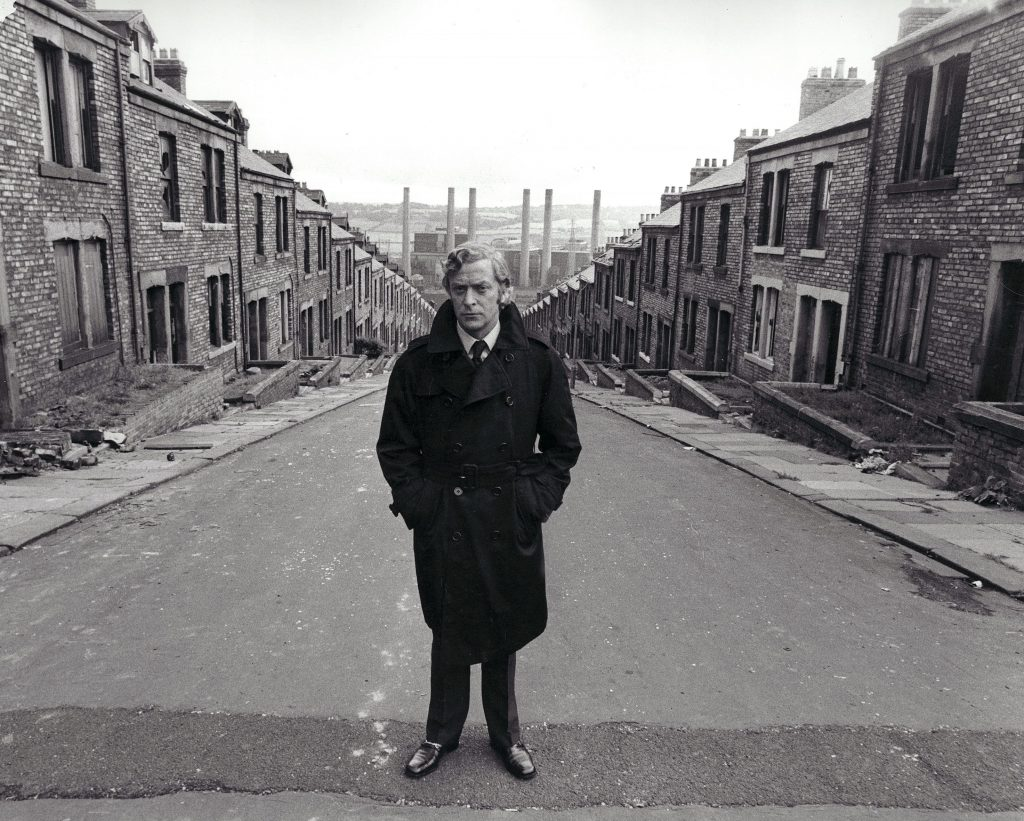 Do I look happy to bloody be here?

This is how we find Jack Carter: a cool mix of suspicion, grief and nice suits paid for with ill-gotten gains, training it north to find out what the fuck’s gone on with his brother, and – most importantly – who’s to blame.

Like pretty much everyone else, I’ve come to this novel – originally titled Jack’s Return Home – by early-death alcoholic/writer Ted Lewis because I’m a fan of the film that gives this reprint version its name. (I mean the 1971 version in which Michael Caine makes “craphouse” sound like the most profane word in existence, not the later Sylvester Stallone remake which mostly uses that word as a production goal.) Luckily for me, there were still some surprises in store.

Though I still pictured Caine as Carter in the chilly revenge plot – let’s face it, imagining Maurice Micklewhite’s take on the dialogue is one of the fine pleasures to be taken from this pulpy gem – there were a couple of differences in other characters. Kinnear, a criminal mastermind, seems to have more in common that Mister Creosote than the film’s catlike version. Importantly, the grimness of the home town, all mills and fog and hopelessness, remains intact.

The story’s simple: a homeward jaunt for a funeral, followed by a bit of retribution. Jack’s looking for answers in a place he thought he’d escaped. Despite his return as a bigger, tougher bloke than when he left, it’s clear that the trap of his hometown has merely been replaced by the trap of his work for shadowy London employers. Though he’s ostensibly a man of some power compared to the square life, he’s still stuck, and the book charts his struggle to best the forces arrayed against him – mystery, death, reputation and duty.

Suffice it to say that things don’t go well for a number of people in this book.

The prose is clipped, all staccato sentences. Descriptiveness and paragraph breaks are optional, because what propels this thing is anger and seediness. Organised crime, prostitution and underage pornography. Drugs and murder, threats, knuckles and shotguns. It’s not classy – I imagine the multiple instances of cunt at the time of publication raised a few eyebrows – but it is energetic and compelling.