I wasn’t quite so taken with A Maggot the first time I read it, a dozen or so years ago. But as I’ve aged, I think I’ve come to appreciate it a lot more, as this reread was supremely enjoyable. I guess the fact that the author has taken a kitchen-sink approach to the work – it’s variously a mystery, historical record, SF exploration, class critique and theological query – ensures that there really is something for everyone here.

The title doesn’t refer to the common, flesh-consuming meaning of the word. It’s the archaic variant: a fancy, or even an earworm. A quirk, a thing of consuming interest. As a result, it’s unsurprising that Fowles can’t help but insert himself into the text at points, so enthused is he about the things he’ll tackle in this sixth novel. Given that I’d always imagined him as a bit of a stand-offish, pip-pip-eh-what bloke, hearing such enthusiasm is a bit staggering, but welcome (albeit surprising). 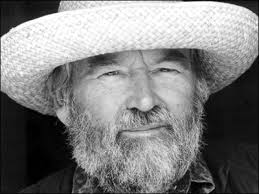 The story, with its travellers moving through a landscape on an undisclosed mission, brings older tales of seclusion and secrecy, of fellow-traveller backstory to mind. It is, after all, the 1700s, as inserted pages from The Gentleman’s Magazine will corroborate. It’s a period where one’s personal devotions can bring ruin, unless the insulation of either station or sterling can protect you. It’s a time where there’s intellectual questing, and widespread poverty; where virtue is often a sham, played for public benefit. Fowles makes no bones that the earthiness – and striving to surpass it – is the key design of the work. I mean, where else would you learn about underwear and spiritual transformation in the same place?

As is often the case in Fowles, there’s more going on than meets the eye. Here, for example, the narration is presented differently than in most of his other works: actual stretches of the type of narration you’d expect in a novel are few. Instead, most of the work relies on inquisitorial records – numerous questions and answers from varying parties with various views on what’s actually happening – and thus sows mystery through documentation. The pieces of straight narrative, few as they are, provide glue to weld the Q&As together, to underscore the fact that despite the flights of fancy that occur within, the culmination of this work involves individuals who actually existed.

So what’s real? What’s sham? What’s the result of bedazzled lower orders and overly-theatrical lords? Stuffed if I know. But that’s kind of the point. A Maggot lives up to its name. It burrows in, leaving more questions than answers; a permanent literary itch created from curiosity.