Dead Mountain: The Untold True Story of the Dyatlov Pass Incident by Donnie Eichar.
My rating: 4 of 5 stars.

There’s nothing like the romance of mountaineering to get me reading. Especially if the romance of exploring wild peaks in the hope of attaining another rank in sports mastery is overshadowed by a bunch of horrible subzero deaths by forces unknown.

Luckily, this book is about the Dyatlov Pass incident and not Tenzing Norgay, or that bloke who had to cut his own arm off.

As is ever the case with Russia, this incident is much weirder than the travails either Norgay or arm-slicer (OK, Aron Ralston, I know he has an actual name) experienced. For starters, everything takes place on a peak which translates as “Dead Mountain”, at the height of the Cold War, in one of the most inhospitable places on earth. It begins with student joie de vivre, and ends with tents being escaped via knife-hole, weathered corpses missing tongues and dead guys holding tree branches over themselves. 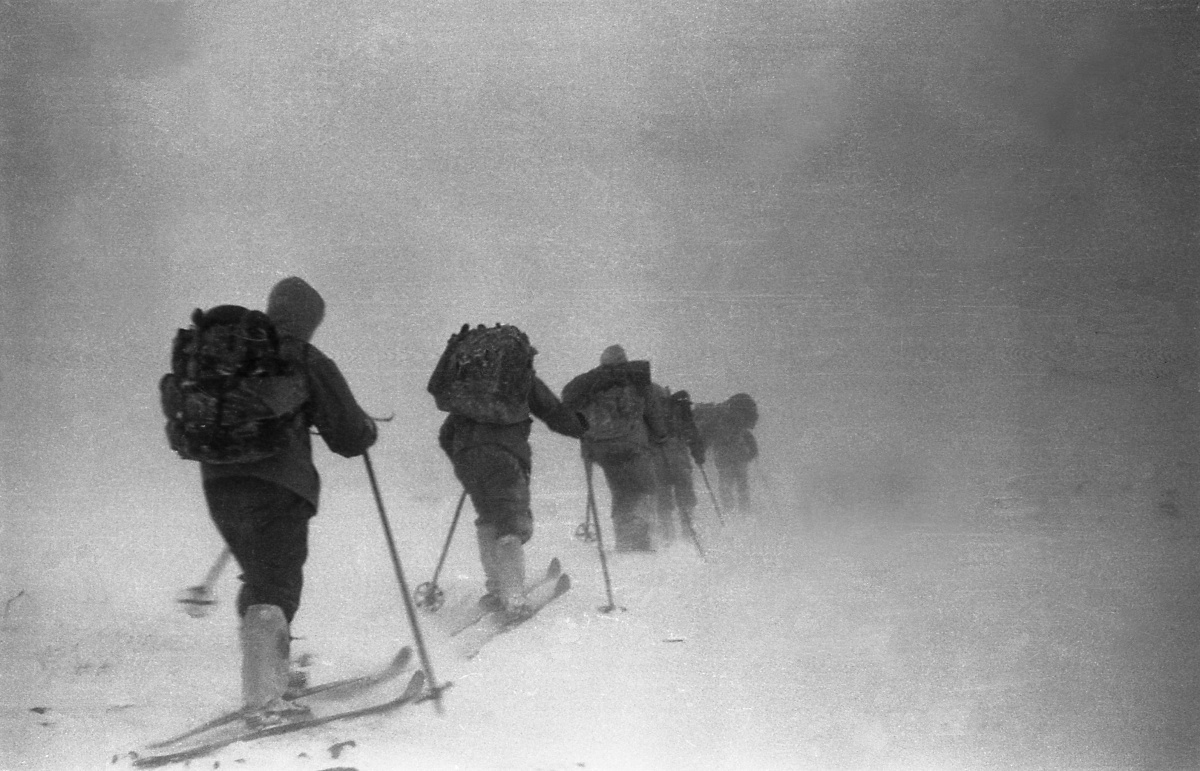 It is, naturally, fucked up and something that is rich soil for conspiracy. There’s a range of theories – from death squads to aliens to yeti and secret weapon exposure – as to why the group of hikers died, and there has been no compelling conclusion drawn in the fifty-plus years since the event.

Until now. Donnie Eichar’s book aims to explain the incident with science and investigation, rather than speculation and bullshit.

(I’m not going to tell you what he suggests as a cause for the deaths, as then there’d be no point. But it makes sense, even though it does rob some of the X-Files romance from some of the wilder stories floating about.)

The book – though ultimately a bit disappointing – is well written. It focuses on two trips Eichar takes to Russia in order to meet up with a lifelong Dyatlov investigator, and with the sole survivor of the group, an individual who was forced to return home thanks to ill health before the final push. Eichar’s tale is interspersed with a retelling – based on records and diaries – of the Dyatlov group’s movements on their fatal hike.

It would be easy for the modern part of the book to overshadow the historical, but they’re kept nicely in balance. Eichar seems aware that he’s out of his depth – in terms of lingo and in terms of the actual physical work required to make it to the site of the group’s death – and this keeps his prose pretty reined in. The book has a good pace, and mysteries – including that of the group’s last night – are kept so that there’s a compelling ending to the text.

Is this the final word on the mysterious deaths in the snow, so long ago? Perhaps not, but in terms of providing coherent explanations – with plenty of respect, rather than a gawker’s inquisitiveness – Eichar’s conclusions make the most sense of any I’ve read.