100 Bullets: The Deluxe Edition Book V by Brian Azzarello and Eduardo Risso.
My rating: 4 of 5 stars.

Well, here we are. The end of the story. The last sprint to the finish. And as expected, there’s blood and boobs and, well, bullets.

And is it satisfying? How can I put this? 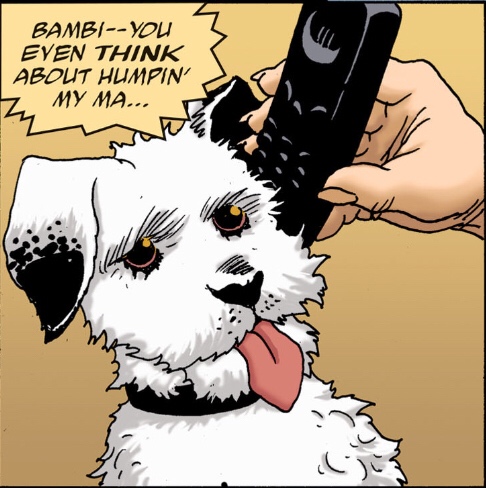 Mind you, that’s not necessarily unexpected, given the genre we’re knee-deep in the guts of. But still.

This collection of the series’ remaining issues continues much as we’ve seen before: with full-throated violence and character-to-character shitbagging. The sort of bros-together bonomie that infects every character (bro or not) continues, tainted only by the recognition by some that The End Is Nigh. Not that that changes behaviours greatly – but then were you expecting Lono to become some kind of mild-mannered man by the end of this all?

The machinations continue, of course. I mean, it makes sense, right? We’re approaching the end, so the labyrinthine deals and plans and back-stabs have to somehow resolve themselves, right? But it doesn’t end with the whole crime-houses-in-flux deal: we take trips back to the ’60s, witnessing how the players solidified their positions. How key assassins were recruited. How It Began.

It’s the police. Someone’s complained about your LACK OF A FUCKING FACE again.

(This isn’t such a bad thing. Seeing how Shepherd came into the fold goes some way to give him motivations beyond a trench coat and a square jaw. It’s just that it feels a bit late in the game for such things, especially as the bloke in question bought the farm some volumes earlier. Is this part of the narrative meant to make me feel more positively towards his recruiter? If so, it doesn’t seem to work like that. Which is a shame, as it feels like a good piece that’s been shoehorned in at the end of the run, when it could’ve had more impact elsewhere. 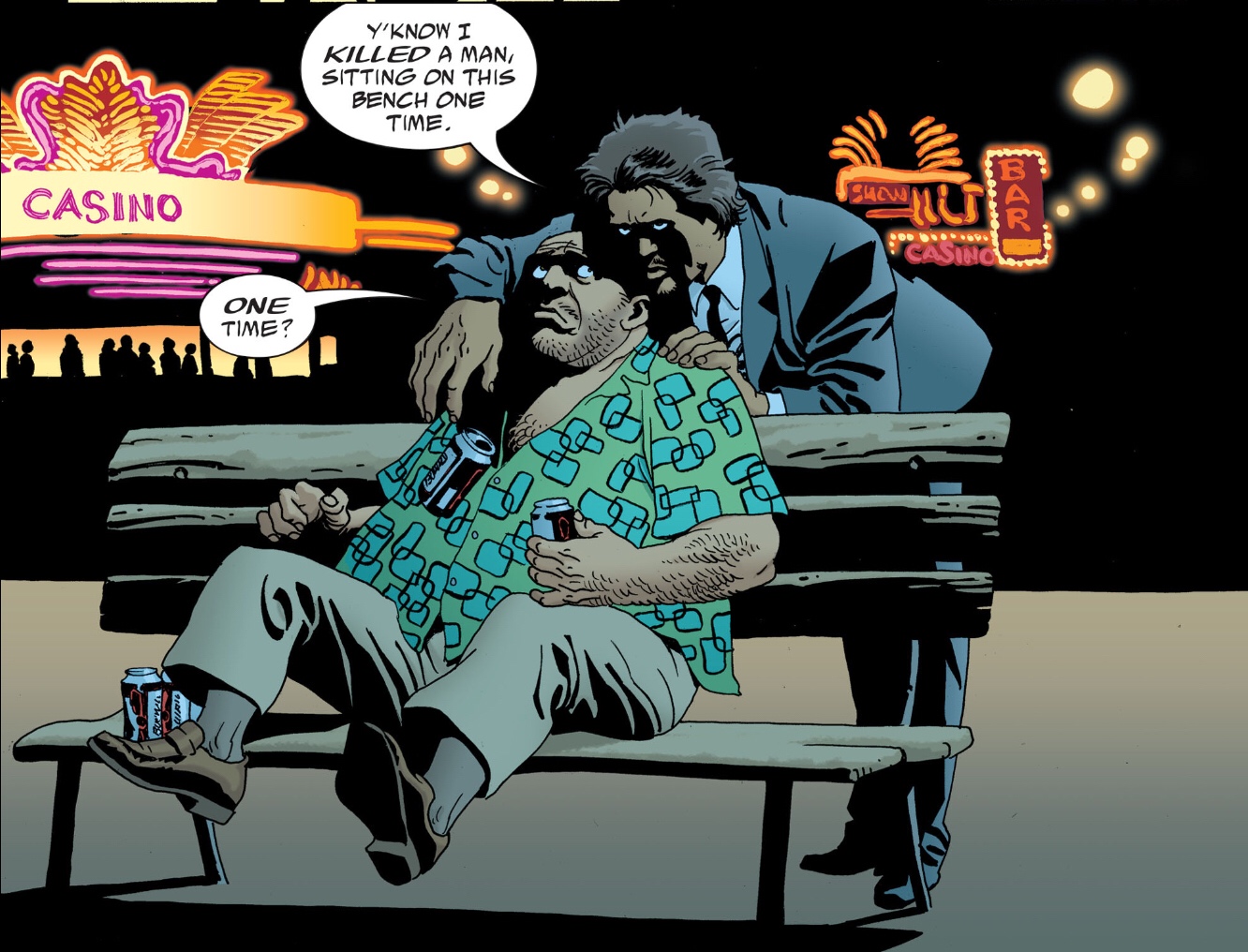 But then, 100 Bullets has always been about the story deduced rather than the story directly observed. Flashbacks, sidelong glances. There’s a large degree of misdirection at play – unavoidable in a conspiracy, I suppose – to the point that the real point of the story seems to be something that only shows itself if you look the right way. Like a Magic Eye picture of a gumshoe.

It struck me, as the bodies piled up and we rocketed towards the ending, that this whole thing was a way for a single character – a single character with a particularly strict code and adherence to duty – to kill themselves. Or, rather, to create the perfect storm of bullshit to enable the World to do the one job they couldn’t do.

And it’s there that the wheels of the whole endeavour had their biggest wobble. Fuck, just hire someone off Craigslist. SURELY that is a more reliable way of self-murder than relying on the manifold limbs of conspiracy to do the job?

But of course, this is a series about The Will Of Men, so naturally life-exit must be executed on the terms strictly specified by these titans of cold-steel power. I inherently knew this to be the case, but I still had to stop my eyeballs from doing burnouts in my skull, let they roll across the room.

The narrative speaks to me with a silver tongue.

So that was a disappointment, I guess.

The art in 100 Bullets has been nothing less than spectacular. For the whole run, it’s been as grim as Miller but without the weirdly heroic overtones. (But with some of the same fetishism of women.) We’ve no doubt that the bruisers and the back-room guys are shitbags, and that this is a world of fractured, flawed people – to the point that when someone normal is illustrated, they look curiously pure, trespassers from another plane. 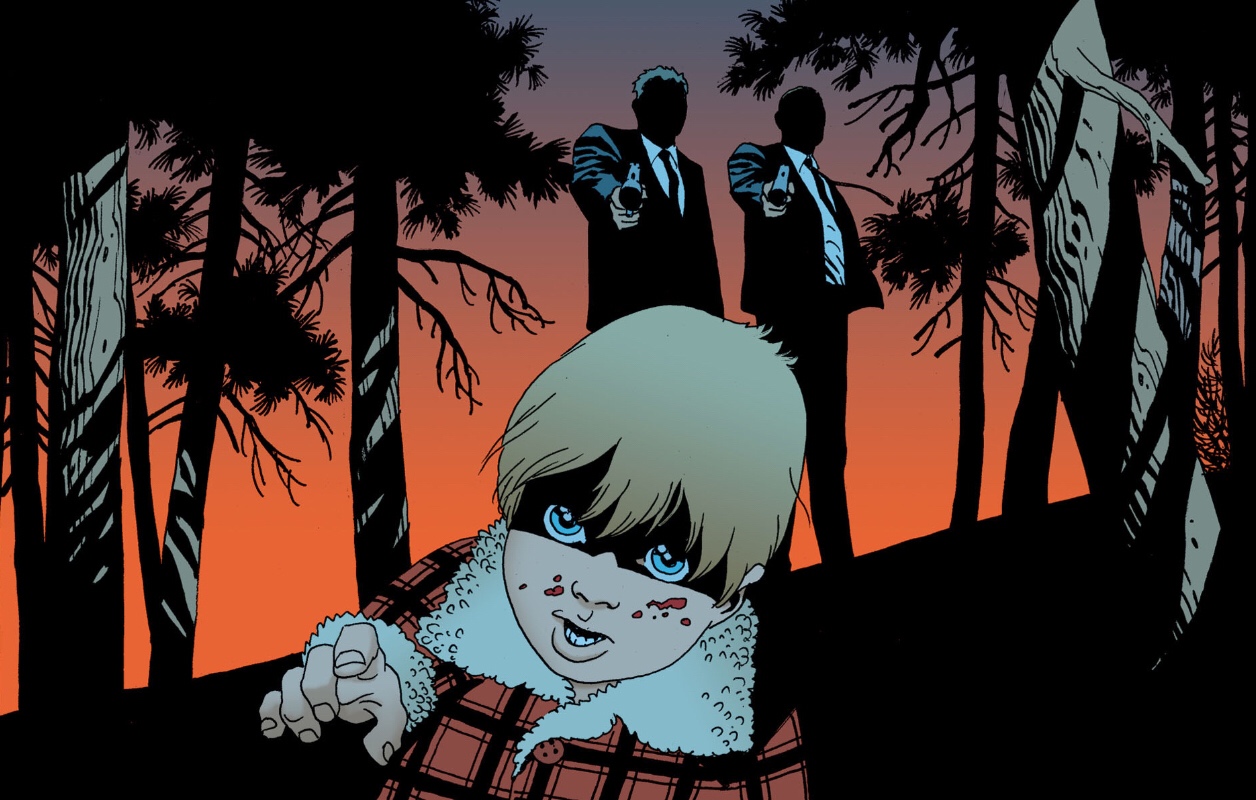 Daycare costs are prohibitive, you see.

So, four stars. To be frank, this volume isn’t hugely satisfying, but it is an ending. Final instalments of epics always seem to be a bit of a letdown for me, because it’s where the creators have to really stick the landing. And often, they don’t. Not because of a lack of skill or trying, but because it’s rare that something that goes this long is able to adequately match the hopes and investment of the reader that’s slogged through the rest of the work. 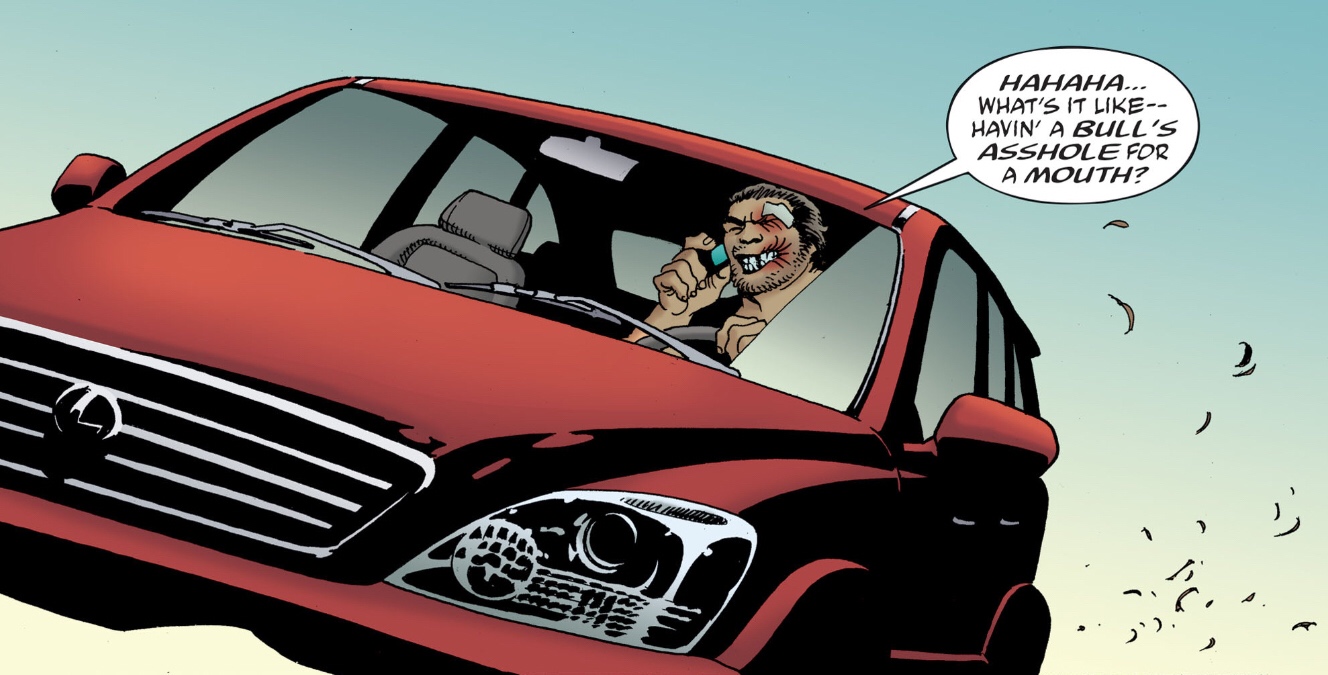 This volume is where all my theories and hopes for redemption are put out of their misery. It might be the way the creators intended – it undoubtedly is – but it’s a lie to say that I finished this all with an absence of “yeah, but…” thoughts. Azzarello finishes the story the way he undoubtedly intended to, and its baroque construction is played out to his specifications – but part of me will always wonder if that’s all there is.

Do I regret reading this whole series? Nope. It was good fun, and at its high points, among the best crime lit I’ve read. Do I wish for more satisfaction? Yep. Will I get it? 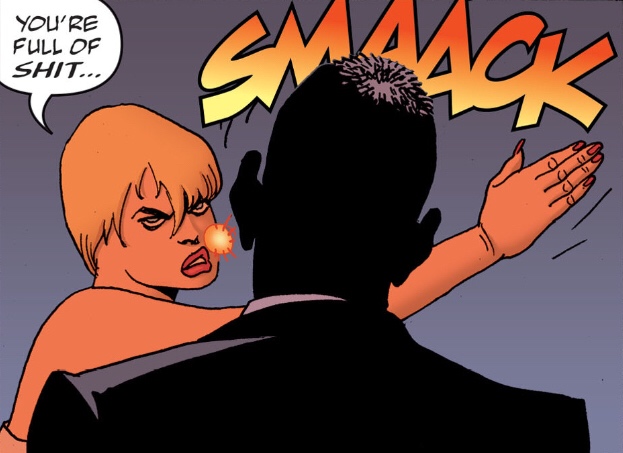