100 Bullets: The Deluxe Edition Book IV by Brian Azzarello and Eduardo Risso.
My rating: 4 of 5 stars.

From what I gather of other reviewers’ feelings, the general position on this volume of the 100 Bullets saga – issues 59 through 80 – is confusion. A feeling of confusion over what’s going on, where and – in some cases – when.

I think this is fairly on the money, but I’d add in one important substitution: it’s not confusion. 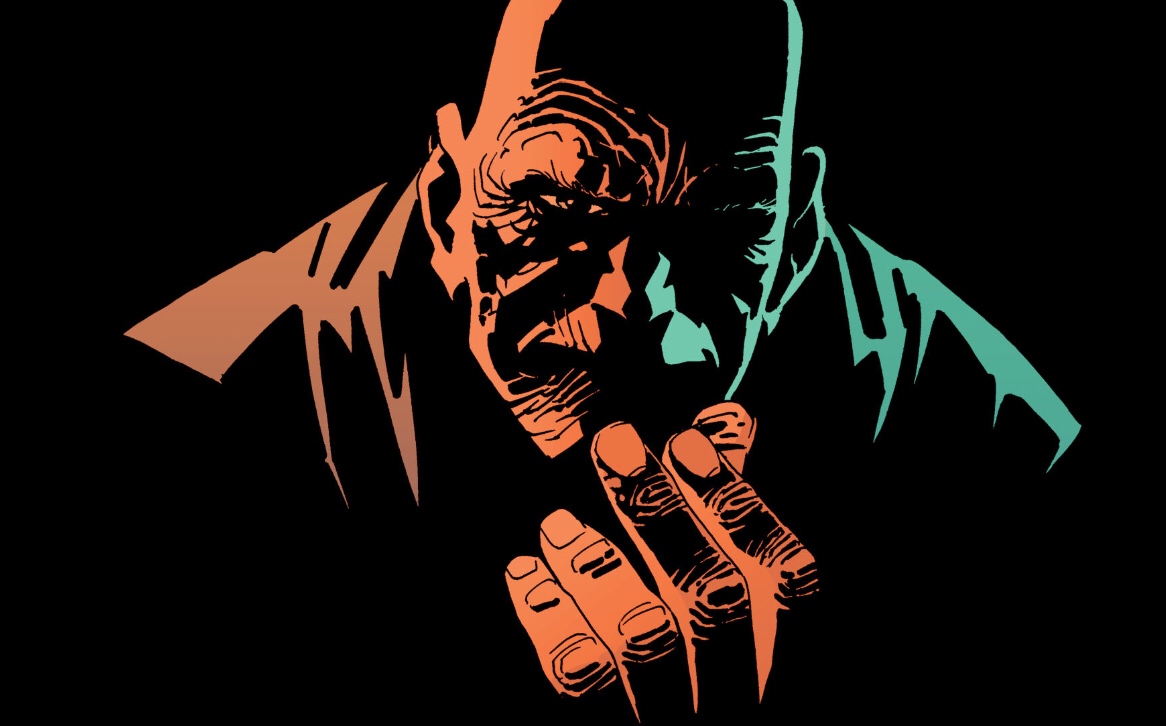 Not Thanos, but close enough for our purposes.

Saying that, I don’t think the confusion/chaos is unintentional. I think it’s a reflection of how conspiracies metastasise and take over their hosts. How mission creep infects the simplest of instructions. And how, frankly, you can’t keep a multi-tentacled crime organisation in quiet accord forever. 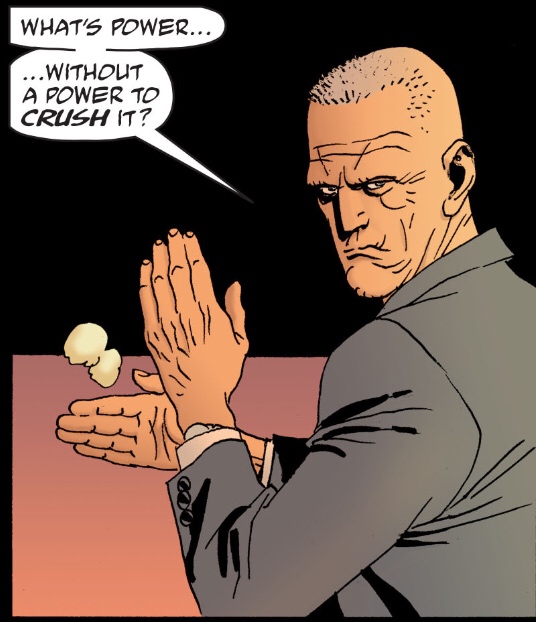 The framing story is still kind of unclear – it basically boils down to either dick measuring between hard men or the inability of a stalwart to resign his post – but I don’t think that’s particularly important. It’s a little like reading Ulysses or some of the chunkier James Ellroy books: all that shit’s noise. It’s important, and yes, you can pay attention to it and unpick it until the cows come home. (And trust me, I do take notes while I read, because I’d like to reach the end knowing there was something that led me here.

But really, what’s going on is portraiture. Portraiture of exquisitely awful people. 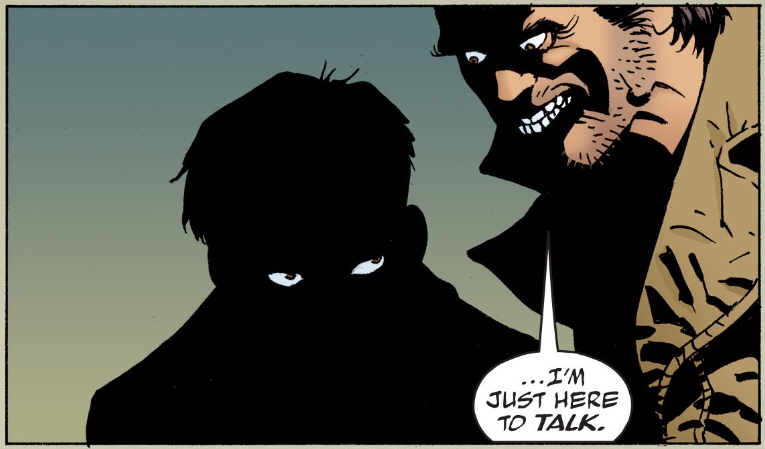 SURE you are, buddy.

In that, Azzarello and Risso excel. There’s creepily-attached siblings, murderous fucknuts, guilty bystanders, kingpins and pawns. Niceness is not a trait that exists in this world: everything is comically (geddit) exaggerated, though not to the point of unbelievability. The edges are razor sharp: for all their ludicrous behaviour, there’s enough of the real to keep these people, these suits and scumbags, in the realm of the worryingly possible rather than the cartoonishly improbable.

And once you get past the portraiture itself, there’s enough attention paid to the important beats of backstory to make their interactions work. Employer/employee. Sibling. Parent/offspring. Perp/victim. Though some are played for gory wallpaper, most of the interactions here push the story – shaggy and groaning – steadily forward towards an end you just know is gonna be bad. 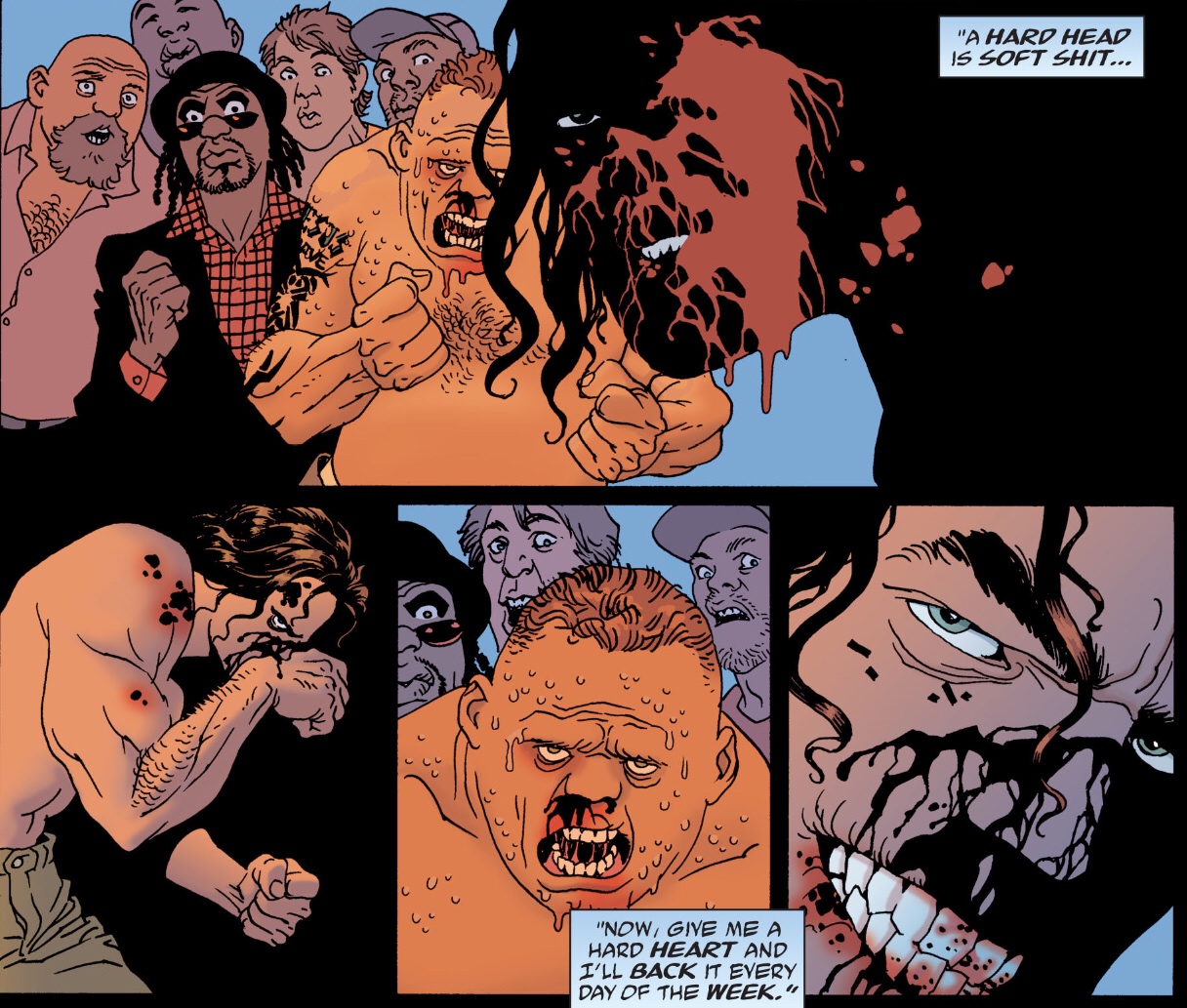 The series in a nutshell.

This volume does seem to up the level of misanthropy, misogyny and nihilism, so I can see that it wouldn’t be a welcome read for everyone. It’s not even a comfortable read for me, and I’m continuing because fuck it, I’ve spent 2000-odd pages getting to this point and I’m going to see this business through. 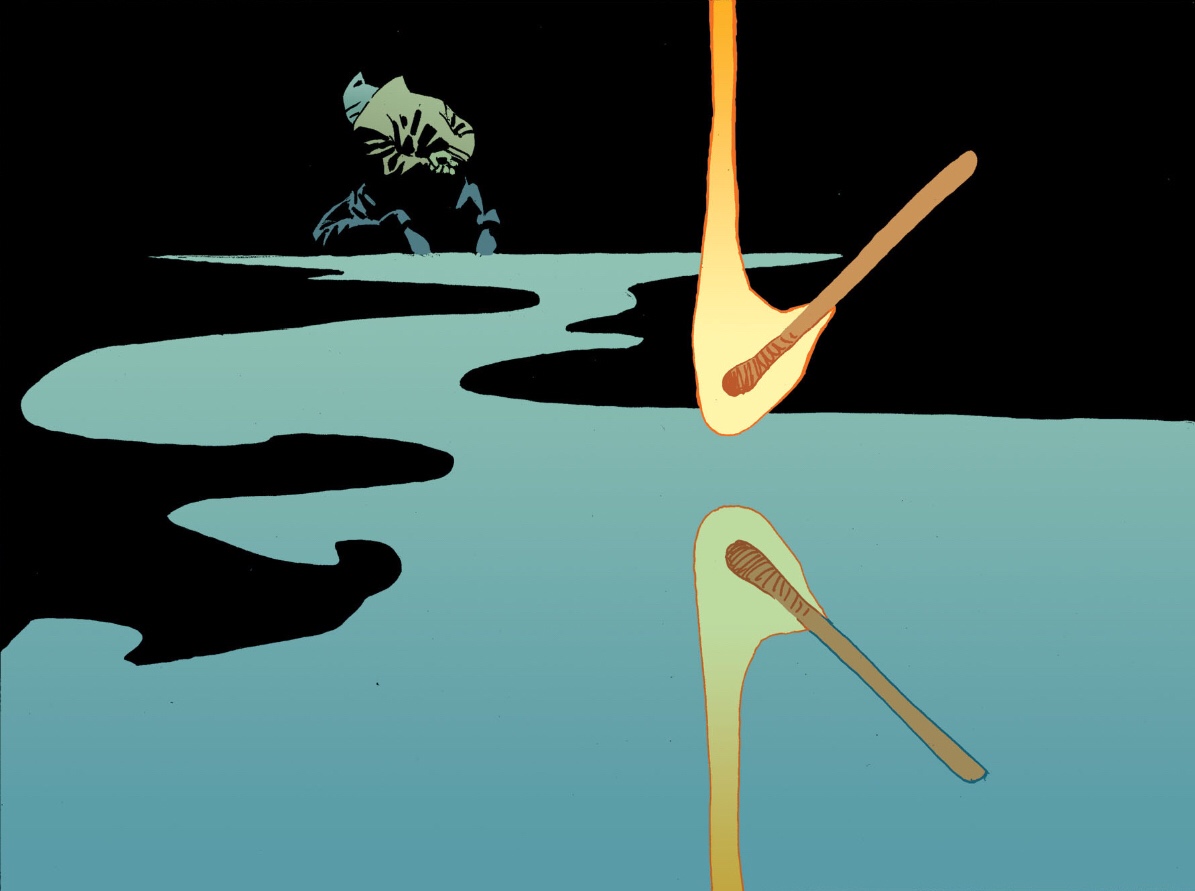 Let’s see how this ends. I’m sure there’ll be some slights against sexuality and parentage attached, but it’s been such a long trip so far, I want to see if there’s more to the criminal Camelot that’s in the offing than just empty words.