Over on Facebook I’ve been nominated for one of those chain things where you post a song each day for a week, with the 1990s being a theme. So I’m gonna do it, and I’ll write a bit more at length over here on what I’ve chosen and why.

The first song I’m gonna go with is one from one of the first albums I remember buying as a uni student, from the CD shop that used to be on the Wentworth side of the footbridge over City Road. It was a place I ended up spending a lot of time in, listening to releases on headphones before purchasing, and I remember buying a lot of things from there – probably at the terribly jacked prices we thought were normal in the ’90s -because it was somewhere to fuck off to when I didn’t have lectures, or didn’t have friends waiting at Manning Bar for me to, soberly, relate my latest romantic failure.

Back to the music. It certainly was the first album from 1994 I’d bought as a student, and the name of the album was Character Assassination by the legendary Ed Kuepper. You know, the guy from The Saints. And The Laughing Clowns. Not that I really knew that at the time. But I’d learn. My guitar teacher, a longhaired stoner in Turramurra, referred to Ed as “the most-punched man in Australian rock”, something I refuse to believe is true in an industry where Tim Freedman lives and breathes.

The song is ‘Little Fiddle (and The Ghost of Xmas Past)’, the second track on the album. It features a solo (with elastic strings, if I recall correctly?) which my guitar teacher also did not like, presumably because he couldn’t play it. I thought the solo was ridiculous and cool, and still do. I also am particularly fond of the lines

They call you sexy for what reason I can’t see
You see, I, I think that sexy only can apply to me

because they contain the sort of archness that’s found a lot in Kuepper’s work, even though a lot of his stuff (when not cryptic) is quite plainly emotive in a heart-on-sleeve kind of way.

The album is sparse – not as sparse as others in Ed’s catalogue – but you can hear the structure of the tunes very clearly. I remember figuring out a bunch of the songs on the album using my lamentable strumming skills. The chords were probably wrong but the progressions seemed to work, and it seemed to deepen my feeling of connection with the music. It seemed very grown up for someone who still lived at home, and I still play the disc a lot. It’s stood up pretty well – the songs are given space to live, and there’s none on there I’d skip, even though I’m not the world’s biggest ‘La Di Doh’ fan.

This song and the album proved quite the gateway to Kuepper’s career, which is a proper embarrassment of riches. I saw him live a little while ago, playing his new album in full, followed by a no-filler set of career-spanning tunes. He waxed lyrical about Countdown and still is able to imperiously wither crowd members not to his taste with a raised eyebrow. 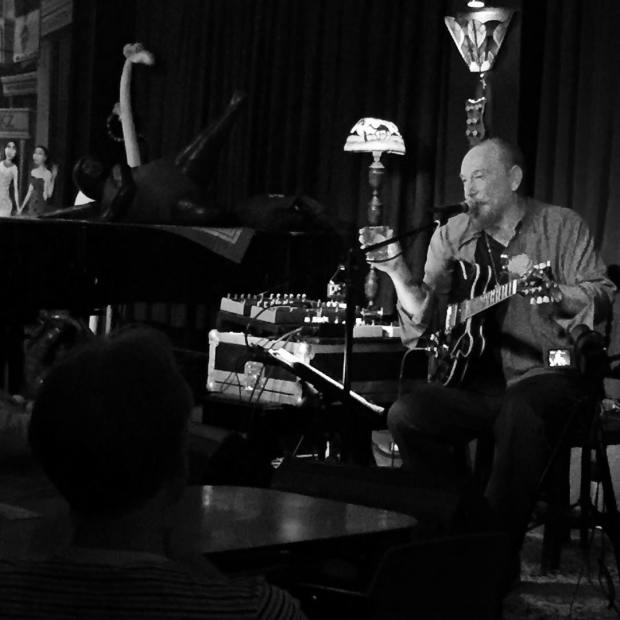 So I guess this is a good place to start ’90s week. Ed Kuepper’s ’90s albums were something I came to on my own, more or less, so they feel kind of personal, more connected to me. They’re deceptively simple, singalong and spiky at once. They’re things I understand and things which mystify me, and they always make me want to pick up a guitar and play a bit. They’re songs that make you want to write songs, and if I could write something half as good as one of his lesser tunes, I’d still be punching above my weight.